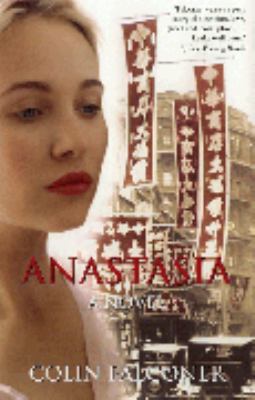 'Some men don't fall in love; they get lost. I was lost from the moment I saw Anastasia Romanov in the taxi club that first night...'When American journalist Michael Sheridan jumps into the Whangpoa River to save a woman he met in one of Shanghai's taxi clubs, his life is changed irrevocably. A Russian refugee, Anastasia Romanov bears an extraordinary resemblance to the princess of the same name, who was rumoured to have survived the brutal murder of her family at the hands of Bolshevik revolutionaries. The fate of the youngest daughter of the last Russian Czar has become one of the most talked- about mysteries of the time. But Michael's Anastasia is suffering from amnesia and remembers little of her life before Shanghai.Unravelling the mystery of Anastasia's identity and past takes them both from the streets of Shanghai to the decadence of pre- war Berlin and London, from Bolshevik Russia to New York just before the Wall Street crash. Michael is the only man who has ever helped Anastasia without wanting something in return- but can she give up the chance to be a princess for true love?Spanning the turbulent and romantic decade of the 1920s, ANASTASIA is a love story of power and passion. Internationally bestselling author Colin Falconer weaves a captivating tale of murder and betrayal, royal scandal and financial intrigue.