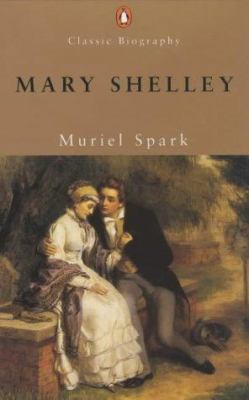 At 16, Mary Wollstonecraft shocked England when she ran away with her married lover, the tempestuous, brilliant poet Percy Bysshe Shelley. then, at 20, she secured her place in history by writing Frankenstein, now acknowledged as one of the great literary classics of all time. This biography recounts the life and loves of this legendary woman, from her youth as the daughter of a philosopher and a pioneering feminist, through her passionate, turbulent marriage, and her career as a writer and editor.

In revising Child of Light (1951), her first biography of Mary Shelley, Spark has drawn on newly available material in Betty T. Bennett's ongoing edition of her Letters (( LJ 6/15/80, vol. 1) and in the forthcoming edition of her Journals (Oxford). While Spark's critical judgments have remained stable, she now explores the several serious attachments Mary Shelley formed after her husband's death and concludes that like the heroine of her novel Perkin Warbeck , Mary Shelley was ``doomed to a divided existence'' between reality and the illusions fostered by her life with Shelley. Frankenstein was the first and greatest of her novels to emerge out of this conflict that first conventionalized and ultimately stifled her fictional voice. Generally recommended. Barbara J. Dunlap, City Coll., CUNY (c) Copyright 2010. Library Journals LLC, a wholly owned subsidiary of Media Source, Inc. No redistribution permitted.

This is a revised and welcome version of Spark's acclaimed first book, Child of Light, which was published in England in 1951 and only now appears here. Mary Shelleydaughter of two progressive thinkers, the philosopher William Godwin and the feminist Mary Wollstonecraft; for eight years the wife of the poet Shelley; and author of Frankenstein, the first important work of science fictionis a figure of abiding appeal. Spark covers the facts of Mary's life (her upbringing, elopement with Shelley, friendship with Bryon, the struggle to support herself and her son by the pen after Shelley's death); in part two she brings her astute critical intelligence to bear on Mary's novels, principally Frankenstein and the futuristic The Last Man, and Mary's posthumous editing of Shelley's poetry. Most of the literary currents of the time met in Mary Shelley, including gothicism and idealistic romance. Her essentially down-to-earth temperament tugged against the last two, but that simply adds to her interest. Illustrations. (July 29) (c) Copyright PWxyz, LLC. All rights reserved

In her prefatory remarks to this biography of Mary Shelley, originally written more than 30 years ago but published only in England, Spark explains that she decided to attempt a revision after so much time had passed partly in response to the resurgence of interest in Shelley and partly to protect herself, since a pirated edition of the original work, Child of Light, had appeared in the U.S. The revision benefits from recent scholarship and from the current availability of the Shelleys' private documents. Spark's reflections on Shelley have also gained from the author's own development as a contemporary woman writer. The text is divided into two sections, with the larger first part devoted to Shelley's life and the concluding section covering her work. General interest in this biography is likely to be sparked by the appearance of the film Gothic, which portrays the evening during which Mary and Percy Bysshe Shelley, along with Lord Byron, devised the writing contest that produced Mary's classic novel, Frankenstein. Bibliography; to be indexed and illustrated. DPD. 823'.7 (B) Shelley, Mary Wollstonecraft / Authors, English 19th century Biography [OCLC] 86-31901

This is the substantially revised appearance of Spark's very first book (published in England in 1951 under the title Child of Light), wherein she brings to bear on Mary Shelley all the sweet lucidity and formidable insight one finds in the best of the Spark novels. Mary Shelley (1797-1851) was the daughter of feminist Mary Wollstonecraft, who died shortly after her birth, and liberal philosopher William Godwin; her childhood had its deprivations (a stern, unimaginative stepmother), but Mary also got to hide behind the sofa and eavesdrop on Coleridge reciting his Ancient Mariner. At the age of 15, she met the 21-year-old Percy Shelley, an admirer of Godwin's. Two years later, they scandalized London by running off to Europe together (despite the fact that Percy was married at the time). It was apparently a true love match; and each was a voracious reader who stimulated the other's imagination. Their life together was full of tragedy (the suicides of Mary's half-sister, and Percy's wife, Harriet; the deaths of three of their young children--only Percy, Jr., survived), culminating in Percy's drowning off the coast of Italy in 1822. But Spark also describes the happier moments: Percy's creative trances (Mary became the editor of his writings), and that famous summer of 1816 in Switzerland, when Byron challenged everyone to come up with a ghost story--and Mary's contribution was Frankenstein. The last portion of Spark's biography is devoted to a shrewd exegesis of Mary's fiction, including the little-known but eerily prescient fantasy novel The Last Man (1826), which is set in a devastated England circa 2073. Overall, a highly sympathetic biography that takes Mary Shelley on her own terms, refusing always to put a 19th-century life into a 20th-century pigeonhole. Copyright ©Kirkus Reviews, used with permission.
More book reviews at iDreamBooks.com