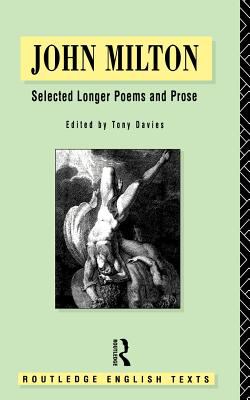 An edition of Milton's later work rk includes the text of six books of Paradise Lost, The History of Britain and the whole of Samson Agonistes. Through his introduction, commmentary and full annotations, Tony Davies sets the works in their political and cultural contexts, and discusses such themes as the `heroic'; sexuality and gender; and Milton's interrogation of the meaning of history.