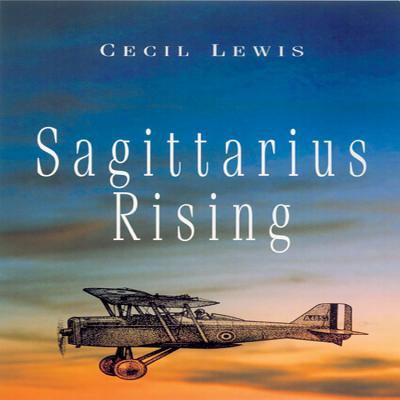 'Classic . . . the definitive account of aerial combat - full of passion and poetry' - Max Arthur, Independent 'Magical evocation of the lonely battle fought in the clouds' - The Daily Telegraph 'This is a book everyone should read. It is the autobiography of an ace, and no common ace either. The boy had all the noble tastes and qualities, love of beauty, soaring imagination, a brilliant endowment of good looks . . . this prince of pilots . . . had a charmed life in every sense of the word' - George Bernard Shaw

Sent to France with the Royal Flying Corps at just seventeen, and later a member of the famous 56 Squadron, Cecil Lewis was an illustrious and passionate fighter pilot of the First World War, described by Bernard Shaw in 1935 as 'a thinker, a master of words, and a bit of a poet'.

In this vivid and spirited account the author evocatively sets his love of the skies and flying against his bitter experience of the horrors of war, as we follow his progress from France and the battlefields of the Somme, to his pioneering defense of London against deadly night time raids.

A born aviator, Lewis was winging his way over France as a member of the Royal Flying Air Corps at the ripe old age of 17 and ultimately became a member of Britain's top squadron of World War I fighter pilots. Lewis recalls his experiences in this 1936 memoir in which he relates his love of flying and the horror of aerial combat. (c) Copyright 2010. Library Journals LLC, a wholly owned subsidiary of Media Source, Inc. No redistribution permitted.
More book reviews at iDreamBooks.com