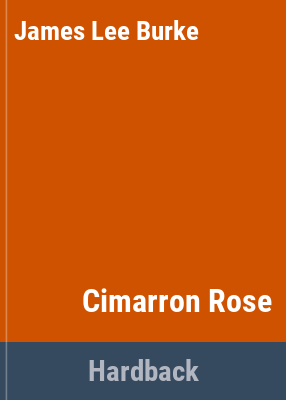 Lucas Smothers, nineteen and from the wrong end of town, has been arrested for the rape and murder of a local girl. His lawyer Billy Bob Holland is convinced of Lucas's innocence but proving it means unearthing the truth from a seething mass of deceit and corruption. A corruption endemic in the way it can be only in a gossipy small town where everybody knows everybody else's business.

Billy Bob's relationship with Lucas's family is not an easy one - years back he was a close friend of Mrs Smothers, too close according to her husband Vernon. And when Lucas overhears gruesome tales of serial murder from a neighbouring cell in the local lock-up, the waters are muddied even further and Lucas himself looks like a candidate for an untimely death.

Burke gives the beloved Dave Robicheaux (e.g., Cadillac Jukebox, LJ 8/96) a vacation and shines his talent on the vast, brooding beauty and inbred violence of rural Texas. Texas Ranger-turned-lawyer Billy Bob Holland must defend his illegitimate son, Lucas Smothers, on a murder rap. Billy Bob knows that backwater Deaf Smith, Texas, will eat Lucas for lunchespecially the East Enders, the town's pocket of elite kids. He mounts his defense with sporadic help from sexy cop/possible federal agent Mary Beth Sweeney. Some uniquely Southern weirdos wind up in Lucas's and Billy Bob's orbit, including newly freed and ax-grinding con Garland T. Moon. Along with an evocative sense of place rendered in the Burke tradition, Billy Bob's humanity suffuses every page with a warm, golden glow. Readers will undoubtedly fall for him as he lassos a child abuser in the center of town and argues with the ghost of his slain Ranger partner. Highly recommended. [Previewed in Prepub Alert, LJ 4/1/97.]Susan A. Zappia, Maricopa Cty. Lib. Dist., Phoenix (c) Copyright 2010. Library Journals LLC, a wholly owned subsidiary of Media Source, Inc. No redistribution permitted.

Before Burke launched his Dave Robicheaux series, he wrote several hard-edged, proletarian novels set in and around Texas. Now he returns to that setting for a new series that stars a Robicheaux-like character in the hardscrabble world of Deaf Smith, Texas. Billy Bob Holland, former Texas Ranger turned lawyer, is a man with a past, and when a teenager is arrested for the murder of his girlfriend, that past makes its presence felt. Billy Bob agrees to defend Lucas Smothers, knowing that the boy is his illegitimate son and realizing that the trial will bring pain to both of them. Defending his son takes Billy Bob in some other directions he isn't quite prepared to go: toward a coming to terms with his own (Robicheaux-like) propensity for violence; toward a confrontation with the intolerant, hate-filled citizenry of Deaf Smith; and deep into the past, there to revisit his great-grandfather Sam, "who fought whiskey and Indians and cow thieves and . . . watched gully washers or dry lightning spook his herds over half of Oklahoma Territory." By moving west, Burke has given new dimension to his familiar theme of a rugged individual in conflict with himself. Issues of independence versus community have long reigned supreme in the literature of the West, and Burke draws on that tradition effectively, contrasting the dusty desperation of an intolerant Texas town with the pioneer spirit of Billy Bob's ancestors. Both similar to and different from the Robicheaux books, Cimarron Rose is a fine, multitextured novel, full of Burke's lilting, elegiac prose and unflinching in its portrait of the human heart in turmoil. --Bill Ott

You can take Burke out of Louisiana's Iberia Parish (Cadillac Jukebox, 1996, etc.), but you can't take Iberia out of Burke, as this tangled tale of Texas murder and memory makes wondrously clear. Without his rsum in front of you, you could never tell lawyer Billy Bob Holland (ex-Texas Ranger, ex-assistant US attorney) from Iberia's Dave Robicheaux. Billy Bob's passion for justice, like Dave's, is constantly battling the other passions that have engendered an unacknowledged son, Lucas Smothers, and that keep sending him into battle armed with more than his legal briefs. When Lucas is arrested for raping and murdering Roseanne Hazlitt, there's no question but that Billy Bob will defend him; the only question is how far he'll go. Ranged against Lucas are dyslexic, psychopathic Darl Vanzandt, the spoiled son of a wealthy East End millionaire; Garland T. Moon, the rabid jailmate whose off-the-record confession to a California murder Lucas overhears from his neighboring cell; and just about every law enforcement official resident in Deaf Smith, Texas, from smarmy jailer Harley Sweet to Mexican drug agent Felix Ringo. Burke saves Lucas's murder trial for the end, but the real action takes place long beforehand, as Billy Bob goes head to head with Ringo, Moon, the Vanzandts, two sheriffs, and his own defense witnesses. Each confrontation, as in the Dave Robicheaux novels, is engorged by the hero's overwhelming memories of his own family's involvement with evil: his father's violent death; his great- grandfather's spectral romance with Jennie, the outlaw Rose of Cimarron; and his own accidental killing of L.Q. Navarro, the Ranger partner who haunts his daily rounds as if he hadn't been dead 11 years. Other riddles about the past keep the pot boiling so furiously it's a wonder Burke can get it to the table. All the roiling intensity of the Robicheaux stories. Even the ragged ends make other mystery novels look anemic. (Author tour)
More book reviews at iDreamBooks.com