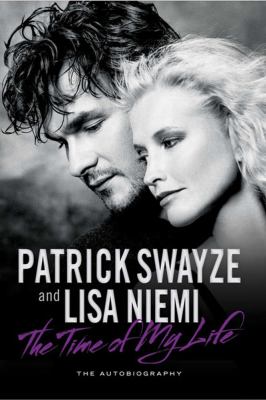 The time of my life / Patrick Swayze and Lisa Niemi.

In September 2009 movie star Patrick Swayze lost his long and bravely fought battle against pancreatic cancer. Dedications soon came flooding in from Swayze's many friends in film and television as well as from his legions of adoring fans. His was a life richly led and this memoir, completed just weeks before his death, is a testament to the strength and passion of this remarkable man.

It was January 2008 when Patrick Swayze was given the worst news of his life. What he hoped was just a stomach ache was actually stage four pancreatic cancer.

This book isn't just the story of Patrick's fight against cancer. In the public eye from the early 1980s, this is the story of a remarkable life and career. Intended as a low budget, straight-to-video production, Dirty Dancingbecame a cult hit and remains one of the most enduring films of the 80s. Ghost cemented Patrick as a hugely bankable star, in a role that has had a considerable cultural impact. Most recently Patrick returned to the public's adoring arms in TV's The Beast. This book will chronicle Patrick's personal life, too -- including his treatment for alcoholism following the death of his father and sister's sudden death.

What remained a constant in Patrick's life was his marriage and Patrick and Lisa's love story is inspiring, honest, heartfelt and transcends the typical celebrity marriage. This is a book that anyone who has faced cancer or a terminal illness can turn to: Lisa and Patrick have shown the world that cancer isn't just a diagnosis given to one individual, but a disease that can bring a household together or pull a family apart.

Bold, honest and inspiring, Patrick Swayze's memoir is the story of a remarkable man's life and career and of his refusal to give up without a fight.

Recording this shortly before his death from pancreatic cancer, Swayze sounds like a friend confiding a story; his wife, Niemi, adds her part about their long, often turbulent marriage. Knee injuries sidelined the Texas-born Swayze's ballet career, and he began acting, achieving fame with roles in Dirty Dancing and Ghost. [APA Audiobook of the Year nominee] (c) Copyright 2010. Library Journals LLC, a wholly owned subsidiary of Media Source, Inc. No redistribution permitted.

In the wake of his death after a long battle with stage four pancreatic cancer, Swayze's memoir offer new information on his heroic fight as well as his legendary career in Hollywood. Along with his wife, Lisa, Swayze recounts his childhood and his first acting experiences as well as his romantic life and personal battles. The writing is as raw, intense, and honest as it gets, and hearing Swayze's voice once more is deeply moving. His delivery is as professional as his attitude, as passionate as his personality. While there is no shortage of emotion, listeners will find this to be less dirge than a celebration of Swayze's life and achievements. An Atria hardcover. (Oct.) (c) Copyright PWxyz, LLC. All rights reserved
More book reviews at iDreamBooks.com