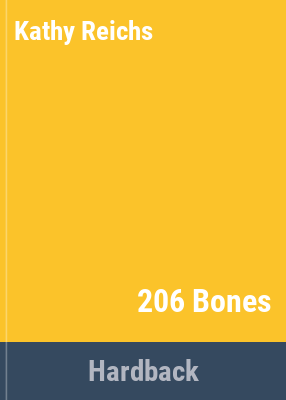 Genre/Form: Detective and mystery fiction.DDC classification: Rental Fiction Subject: A routine case turns sinister when Dr Temperance Brennan is accused of mishandling the autopsy of a missing heiress. Someone has made an incriminating accusation that she missed or concealed crucial evidence. Before Tempe can get to the one man with information, he turns up dead.
Tags from this library: No tags from this library for this title. Log in to add tags.
Fiction notes: Click to open in new window

When Dr Temperance Brennan is called to Chicago to answer questions on an old case involving the death of a lonely but wealthy woman, the last thing she expects is to have her professional assesment questioned by a lawyer who barely knows his X from X [arse from elbow].

A routine case turns sinister when Dr Temperance Brennan is accused of mishandling the autopsy of a missing heiress. Someone has made an incriminating accusation that she missed or concealed crucial evidence. Before Tempe can get to the one man with information, he turns up dead.

Awaking bound in an underground tunnel, forensic anthropologist Temperance "Tempe" Brennan struggles to put together the events leading up to her abduction. She remembers accompanying her ex-husband, Montreal detective Andrew Ryan, to Chicago to check out a cold case-where she learned that someone has accused her of bungling her initial postmortem. Professional feathers ruffled, Tempe returns to Quebec to clear her name. Her fellow examiners are also on edge as a new pathologist displays an unerring ability to find errors in their work. Verdict This 12th forensic thriller in the series (after Devil Bones) will delight fans of medical mysteries by Patricia Cornwell and Tess Gerritsen. Reichs is a forensic anthropologist, and she's a heck of a lot of fun to read. Highly recommended. [See Prepub Alert, LJ 4/1/09.]-Karen Kleckner, Deerfield P.L., IL (c) Copyright 2010. Library Journals LLC, a wholly owned subsidiary of Media Source, Inc. No redistribution permitted.

At the start of bestseller Reichs's outstanding 12th thriller to feature Dr. Temperance Brennan (after Devil Bones), Brennan finds herself bound and injured in an underground tomb. In flashbacks, Reichs fills in the how and why of the forensic anthropologist's deadly predicament. When Brennan and Andrew Ryan of the Surete du Quebec arrive in Chicago on business, she's accused of botching the autopsy of Rose Jurmain, a Canadian heiress. Knowing only that an anonymous caller instigated the investigation, Brennan is determined to uncover who's out to sabotage her. Back in her Montreal lab, Brennan soon realizes that not only is Jurmain's death possibly linked to the brutal murders of other elderly women but that whoever is out to tarnish her reputation refuses to back off. With her usual blend of cutting-edge forensic science and a stubborn, compelling heroine, Reichs manages to juggle several story lines without losing an ounce of momentum. (Aug.) (c) Copyright PWxyz, LLC. All rights reserved

Dr. Temperance Brennan unaccountably begins making mistakes. Could the Cook County forensic anthropologist really have misidentified a murder as accidental death? An anonymous tipster insists on it to the deceased person's well-connected relative, which sends Tempe up to Quebec where the body was originally found. The death now seems tied to the fates of three other elderly women, all of whom perished violently. Det. Andy Ryan, Tempe's on-again/off-again boyfriend, tries to help, but her new lab tech is surly and uncooperative, and the lab's latest hotshot is quick to point out her failings, which include an overlooked bullet track, phalanges gone missing and no notice of telltale tetracycline staining on the teeth. Eventually, Tempe realizes that her competence isn't slipping; she is being sabotaged. Six cases will come into question, and her lab status will be thoroughly compromised before she almost succumbs to an abduction that leaves her trussed up and helpless in an old military burial ground. Nearly as many plots as there are bones in the body, some to please medical pedants, some to appease ghouls, and some to show off the smart-mouth repartee Tempe (Devil Bones, 2008, etc.) has been indulging in since she got her own TV series on Fox. Copyright Kirkus Reviews, used with permission.
More book reviews at iDreamBooks.com