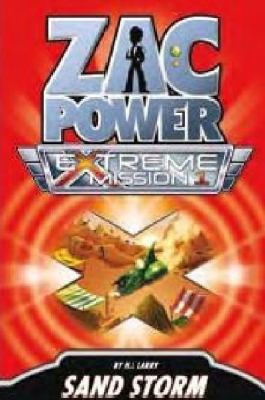 When Zac Power's grandpa drags him on a new mission in the middle of the night, Zac is pumped. They're racing to find the four parts of a powerful gadget called IRIS - and their first stop is a stormy desert! But Grandpa won't say what IRIS does, or why it's been broken up. The only thing Zac knows is that this time, the threat is bigger than to just GIB. If they don't find IRIS before their enemies do, the whole world will be in danger...

Zac Power is on a race around the world! He has to find the four parts of a mysterious gadget called IRIS. But what is IRIS, and why was it hidden? Zac knows he hasn't been told everything.