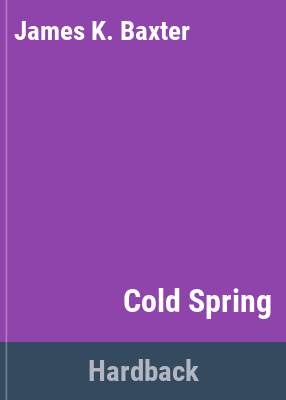 Cold Spring, James K. Baxter's unpublished second collection of poetry, bridges the gap between his first book, Beyond the Palisade (1944) and Blow Wind of Fruitfulness (1948). Its forty poems - chosen from some three hundred which he wrote at the ages of seventeen and eighteen - cover one ofthe more turbulent periods of his life. After a series of difficulties with his first publisher, Baxter determined never to break up the collection and excluded these poems from his later books. However, the manuscript was recently discovered among the papers of his war-time friend Noel Ginn, andthis intriguing volume can now be read for the first time.