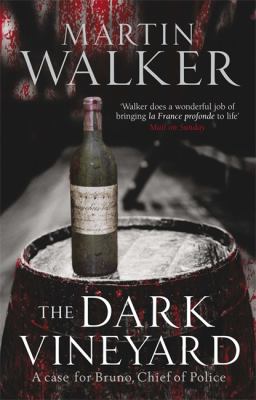 Just before dawn one late-summer morning, Bruno is pulled from sleep by the wail of the town siren atop the Mairie, summoning the volunteer firemen of St Denis. A large barn and the fields surrounding it are ablaze. When Bruno arrives at the scene, the smell of petrol leaves no doubt - it was arson. Soon after, a wine mogul from California visits the town, with plans to buy up half the valley to create an industrial-scale wine-producing operation. Such a business would bring a healthy injection of dollars to St Denis, plus the creation of at least fifty jobs. Bruno's boss, the Mayor, supports the scheme but Bruno is less convinced. He's not against progress, but he fears his little town will never be the same once the Californians have a foothold. Then a second, similar outrage follows the crop burning. It appears that someone is determined to stop the scheme and is prepared to go to any lengths - including murder - to do so. Bruno must use all his skills, tact and local knowledge to negotiate a minefield in order to reach the truth.

"A case for Bruno, Chief of Police"--Cover.