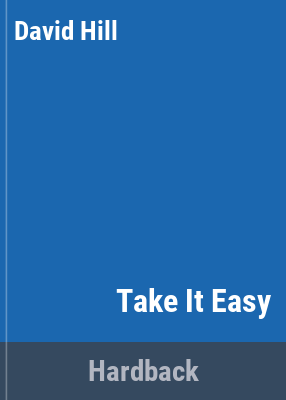 | Hiking -- New Zealand -- Juvenile fictionGenre/Form: Young adult fiction, New Zealand.DDC classification: Summary: Rob is an experienced tramper, but the last three months have left him confused and alone; and when a tramping trip starts to go wrong, he is unable to stop the other teenagers with him from plunging into increasing disaster and danger. Suggested level: intermediate, junior secondary.
Tags from this library: No tags from this library for this title. Log in to add tags.
No physical items for this record

Rob is an experienced tramper, but the last three months have left him confused and alone; and when a tramping trip starts to go wrong, he is unable to stop the other teenagers with him from plunging into increasing disaster and danger. Suggested level: intermediate, junior secondary.

Gr 6-10Rob's mother has recently died and the subsequent months have been the worst in his life. He and his father are unable to communicate; in fact, all his father ever says to him is "take it easy." When Rob, an experienced hiker, is sent on an expedition with five other teenagers through the New Zealand bush country, disaster strikes when their guide dies. Because Rob has not developed the courage to stand up to the others and insist they follow proper safety procedures, the six teens quickly become lost with little food. The remainder of the novel deals with their efforts to return to civilization and the personal growth they experience while struggling to survive. While readers might become distracted by the jumps in time, the story itself remains quite accessible. The emotions of these young people are realistically developed and the dynamics of the group are clearly expressed. The importance of friendship and finding one's own peace of mind is presented in a satisfactory manner. A good adventure novel for reluctant YA readers looking for an exciting and quick read.Tracy Taylor, Los Angeles Public Library (c) Copyright 2010. Library Journals LLC, a wholly owned subsidiary of Media Source, Inc. No redistribution permitted.

Gr. 7^-10. Rob Kennedy is furious with his father, who seems to have completely given up since his wife's death. The chance to join a group of teens on a hiking trip through the remote Awanui Gorge offers Rob a great, if temporary, opportunity to escape his problems at home. The trip becomes a nightmare, however, when their guide dies, and Rob, who is actually the most experienced hiker in the group, stands by as the other teens make decisions that violate the rules of hiking safety. As the teens struggle to survive the results of their actions as well as the treacherous New Zealand wilderness, Rob not only realizes that he must assume a leadership role but also begins to understand his father's behavior. A fast-paced story with credible teen characters and a satisfying, just-in-time rescue. Put this out with other great survival stories, such as Gary Paulsen's Hatchet (1987) and Will Hobbs' Far North (1996). --Chris Sherman

A group of teenage backpackers becomes lost in the New Zealand bush after the sudden death of their adult guide. Rob, the most experienced hiker, tries to lead the others to safety. Rob's increasing physical deterioration and disorientation are realistically described, but he remains a somewhat bland, elusive character, as do the other hikers, minimizing the emotional pull of this survival story. From HORN BOOK 1997, (c) Copyright 2010. The Horn Book, Inc., a wholly owned subsidiary of Media Source, Inc. No redistribution permitted.

A wilderness hike turns catastrophic for six New Zealand teenagers in this gripping, straightforward survival adventure from Hill (See Ya, Simon, 1994). When Rob and his camping companions wake up on the third day to find their guide dead, they panic and throw safety procedures to the winds; leaving most of their supplies behind, they head off in search of rescue. Rob, the one experienced camper in the group, is so angry and depressed over tragic events at home that he refuses to take charge until it's too late; by the time he's picked up, alone, five rainy, exhausting days later, he's broken more rules, survived flood and exposure, and left three of his fellow hikers behind with serious injuries. Hill doesn't delve very deeply into his characters, and, paradoxically, seems to consider Rob more heroic than reckless, but every brush with danger, every hour of sodden, muddy misery is so vivid that, like Ivy Ruckman's No Way Out (1988) or Will Hobbs's Far North (1996), readers will feel as wrung out as if they've actually been along for the ride. (Fiction. 11-13)
More book reviews at iDreamBooks.com