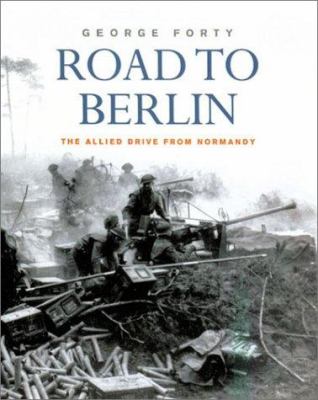 Road to Berlin : the Allied drive from Normandy / George Forty.

Rare, spectacular action photos tell the story of the invasion of Europe in the 12 months from June 1944 to May 1945. The major decisions, fateful actions, principal liberated cities, captured strongholds, and defeated armies march across the pages. Beginning with the Normandy landing, the story demonstrates the buildup of resources, the securing of ports and bridgeheads, and the exhausting of the enemy on the way to the final battles leading to the linkup with the Russians.