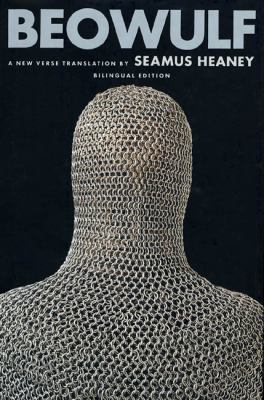 A brilliant and faithful rendering of the Anglo-Saxon epic from the Nobel laureate.

Composed toward the end of the first millennium of our era, Beowulf is the elegiac narrative of the adventures of Beowulf, a Scandinavian hero who saves the Danes from the seemingly invincible monster Grendel and, later, from Grendel's mother. He then returns to his own country and dies in old age in a vivid fight against a dragon. The poem is about encountering the monstrous, defeating it, and then having to live on in the exhausted aftermath. In the contours of this story, at once remote and uncannily familiar at the end of the twentieth century, Seamus Heaney finds a resonance that summons power to the poetry from deep beneath its surface.

Drawn to what he has called the "four-squareness of the utterance" in Beowulf and its immense emotional credibility, Heaney gives these epic qualities new and convincing reality for the contemporary reader.

Text in English and Old English.

There are over 20 translations of this Old English epic into modern English, from the prose version of E. Talbot Donaldson to the verse renditions of Burton Raffel and Stanley Greenfield. The appearance of this new translation by Nobel Laureate Heaney, and especially its replacement of the Donaldson Beowulf in the Norton Anthology, instantly elevates it in the canon. Recognizing that ordinary native English dialects still contain much of the vocabulary found in Old English, Heaney tries to evoke the diction and syntax of a living language. He captures the alliterative rhythm without monotony (although he loses some of the subtle shifts of mood, making the world of Beowulf seem more primitive than it was). Heaney is especially good at creating the elegiac tone of the work. In all, this is good poetry, if not always true to the original. This bilingual edition contains a valuable introduction by Heaney and a note on names by Alfred David. For public and academic libraries.--Thomas L. Cooksey, Armstrong State Coll., Savannah, GA (c) Copyright 2010. Library Journals LLC, a wholly owned subsidiary of Media Source, Inc. No redistribution permitted.

When the great monster Grendel comes to Denmark and dashes its warriors' hopes, installing himself in their great hall and eating alive the valiant lords, the hero Beowulf arrives from over the ocean to wrestle the beast. He saves the Danes, who sing of his triumphs, but soon the monster's mother turns up to take him hostage: having killed her, our hero goes home to the land of the Geats, acquires the kingship, and fights to the death an enormous dragon. That's the plot of this narrative poem, composed more than a millennium ago in the Germanic language that gave birth (eventually) to our version of English. Long a thing for professors to gloss, the poem includes battles, aggressive boasts, glorious funerals, frightening creatures and a much-studied alliterative meter; earlier versions in current vernacular have pleased lay readers and helped hard-pressed students. Nobel laureate Heaney has brought forth a finely wrought, controversial (for having won a prize over a children's book) modern English version, one which retains, even recommends, the archaic strengths of its warrior world, where "The Spear-Danes in days gone by/ and the kings who ruled them had courage and greatness." Well-known digressionsAa detailed dirge, the tale-within-a-tale of Hengest, "homesick and helpless" in ancient FrieslandAfind their ways into Heaney's English, which holds to the spirit (not always the letter) of the en face Anglo-Saxon, fusing swift story and seamless description, numinous adjectives and earthy nouns: in one swift scene of difficult swimming, "Shoulder to shoulder, we struggled on/ for five nights, until the long flow/ and pitch of the waves, the perishing cold drove us apart. The deep boiled up/ and its wallowing sent the sea-brutes wild." Heaney's evocative introduction voices his long-felt attraction to the poem's "melancholy fortitude," describing the decades his rendering took and the use he discovered for dialect terms. It extends in dramatic fashion Heaney's long-term archeological delvings, his dig into the origins of his beloved, conflictedAby politics and placeAEnglish language. (Feb.) (c) Copyright PWxyz, LLC. All rights reserved

How powerful the oldest, most archetypal literary works remain, especially when newly rendered by so accomplished a hand as Northern Ireland's Nobel laureate. The story of Beowulf, who crosses the sea to slay two monsters ravishing a neighboring kingdom and then, many years later, must vanquish a dragon to save his own people, dying as he does, enthralls as surely as ever. As Heaney explains marvelously in the second part of the book's introduction, he keeps, loosely, the alliteration of the Old English original but, except when a line's natural rhythm "breaks" it in two, dispenses with its caesurae. He provides a running gloss on the plot to dispel any possible bewilderment about what is happening, and he winningly incorporates a few obscure but economical words (e.g., bawn for king's hall) that are Old English survivals in the regional English of Ulster and, Heaney found, parts of America. With the Old English text printed on lefthand pages, across from the new, this Beowulf sets a new standard for versions of the old epic. --Ray Olson

Written more than a thousand years ago in the Germanic tongue from which the pre-Norman core of modern English is formed, Beowulf is the epic poem of the warrior hero who survived a succession of fierce trials only to languish for centuries thereafter in the entombing clutches of university scholars. This sacred text of the Old English canon, the bane'or, at least, the emetic'of English literature students for generations, has been dusted off and revived by Irish poet Seamus Heaney, a name familiar to many American readers. Educated at a Catholic school in Ulster, Heaney knows first-hand what it feels like to participate in competing historical, cultural, and linguistic traditions simultaneously'as did the ancient author of the epic, who more than a millennium ago straddled the narrowing gulf between paganism and Christianity in northern Europe. Heaney, who received the Nobel Prize for literature in 1995, began this labor of love in the mid-1980s. He draws upon his own considerable skill as a poet and his love of the sound of language to effect this brilliant translation which, despite his predilection for ``weighty distinctness,'' verges on melody. Overall, he has a tendency to avoid Old English's appositional syntax and prefers that a line make sense rather than adhere strictly to alliterative conventions. For the modern reader, these are improvements over earlier translations. Mr. Heaney does a most creditable job of stripping off the layers of venerable varnish and letting the classic tale resound in the ``big voiced'' style of its mortal heroes.
More book reviews at iDreamBooks.com