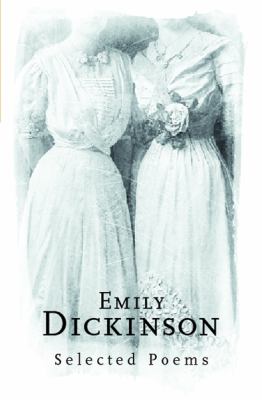 "Much madness is divinest sense--"
"To a discerning Eye--"
"Much Sense--that starkest Madness"
--From "'Tis the Majority"
Emily Dickinson, the Belle of Amherst, stayed close to home, finding inspiration in the small world around her. Often writing more than a poem a day--although few were published during her lifetime--she perfected a highly personal, condensed, and enduring style. Among her most famous poems included here are: "Success Is Counted Sweetest," "I Taste a Liquor Never Brewed," and "This Is My Letter to the World."

The Poetry for Young People series attempts to straddle the school and trade markets with these two volumes about America's best-known New England poets, but the results are uneven. Frost is superb, the poems introduced in a tone that is informative but not pedantic. Robert Frost's best work is organized into seasonal categories; an italicized gloss for each poem unobtrusively explains references and highlights themes. Sorensen's sketchy watercolors ground each poem in Frost's world of pastures, rose pogonias and yellow woods. Bolin's biographical interpretation of Emily Dickinson, on the other hand, is both coy and condescending. The reader is told, for example, that ``Emily may have seemed to some like a real `nobody' [but] inside she knew she was somebody special.'' Chung's illustrations combine Holly Hobbie-style children with trite ornamentation; a rainbow springs from the center of a lily to accompany ``A word is dead'' while a pea pod containing heart-shaped peas illustrates other verse. Each book includes a brief biography of the poet and a short index. Ages 10-up. (Dec.) (c) Copyright PWxyz, LLC. All rights reserved

Gr 3 UpFrost satisfies in every way; Dickinson does not. Bolin's four-page introduction describes and explains Emily Dickinson's odd life style and creative productivity. This is followed by 36 poems loosely arranged by the topics of hope, death, and poetry. This organization, however, is not readily apparent; nor is the reasoning behind defining some words (gale, bog, shanties, etc.) and not others (dimity, helmsman, countenance). An index of first lines and little else will help readers searching for poems by subject. The prettily colored watercolors are flat and stylized, and seem better suited to nursery rhymes than Dickinson's insightful and witty glimpses of an entire universe in a blade of grass or of ``paradise'' gathered by ``narrow hands.'' Frost contains a three-page overview of the poet's life, 29 poems selected and arranged around the seasons of the year, brief and apt commentaries on each, and a useful index of titles and subject matter. The realistic watercolor illustrations capture the delicate beauty of a New England spring and the glory of fall while still suggesting the around-the-corner chill of winter, a disquiet echoing throughout much of Frost's poetry.Meg Stackpole, Rye Free Reading Room, NY (c) Copyright 2010. Library Journals LLC, a wholly owned subsidiary of Media Source, Inc. No redistribution permitted.
More book reviews at iDreamBooks.com