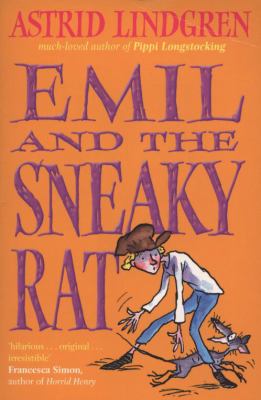 There's a rat running amok in Emil's house, and he's determined to capture it. But hiding the rat trap just under his father's bed probably isn't ideal . . . That's just the start of Emil's adventures, which, once begun, never stop. Hens, dogs, little sisters - and adults - all flee his path.But Emil doesn't mean to be bad, it's just that trouble - and fun - follow him wherever he goes.A collection of utterly engaging tales from one of the world's best-loved children's authors.

There's a rat about and Emil wants to catch it. But catching a rat is hard and soon Emil has trapped his father's big toe, poured pudding on his head and locked himself in the woodshed. But has he caught the rat?