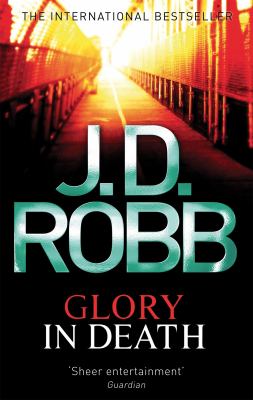 <p> The dead were her business. She lived with them, worked with them, studied them. She dreamed of them. Murder no longer shocked, but it continued to repel.<br> <br> The first victim is found lying on a sidewalk in the rain. The second murdered in her own apartment building. Both have had their throats slashed.<br> <br> New York City homicide lieutenant Eve Dallas has no problem finding connections between the two crimes. Both women were beautiful and successful; their glamorous lives and loves the talk of the city. And their intimate relations with powerful men provide Eve with a long list of suspects - including her own lover, Roarke.<br> <br> As a woman, Eve is compelled to trust the man who shares her bed. But as a cop, it's her job to follow every lead, to explore every secret passion, no matter how dark. Or how dangerous.</p>

In the second of this futuristic mystery series, protagonist New York police Lieutenant Eve Dallas looks for a serial killer of prominent career women. Eve tenaciously follows the clues whether they imperil her romantic relationship with a millionaire or her beloved job. Truth and justice are the goals she works resolutely toward and that lead her finally to solve the case, save the life of a friend, and command the respect of her tall, dark, handsome lover. If the supporting characters are somewhat stereotypical and the ending easy to predict, the humor and imaginative slice of mid-21st-century life provide scope for the reader's talents. Cristine McMurdo-Wallis gives an enjoyable performance as she adeptly portrays the energetic, idealistic, and dogged detective. She impersonates the characters with confidence and style, whether it is the crusty commander, the shattered daughter of one of the victims, the ambitious, uninhibited journalist, or Eve's cagey Irish lover. Recommended for mystery collections. Juleigh Muirhead Clark, John D. Rockefeller Jr. Lib., Williamsburg, VA (c) Copyright 2010. Library Journals LLC, a wholly owned subsidiary of Media Source, Inc. No redistribution permitted.
More book reviews at iDreamBooks.com