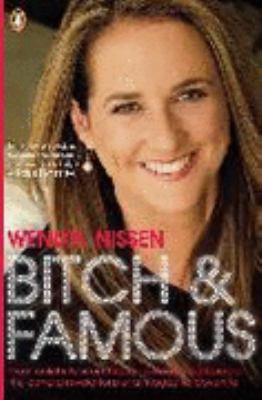 For more than 25 years Wendyl Nissen has been at the front of the media pack, first as an eager young journalist, then as the influential editor of a string of high-profile women's magazines, a television producer and writer, and as a popular radio commentator and columnist. Throughout her career, she has crossed paths and swords with local and international celebrities. Now, she reveals the tricks of her trade, from espionage and arm-twisting to the creation of instant celebs and the truth about who gets paid how much in 'cheque-book journalism'. But BITCH & FAMOUS is not just about the glossy world of magazines and TV. Nissen also shares the personal challenges and heartaches she has faced throughout her turbulent career. She writes about her relationships and marriages, the demands of juggling motherhood with driving ambition and the despair of losing her baby daughter to cot death in 1992. In this raw, clever and funny memoir, Wendyl Nissen lifts the lid on the New Zealand magazine and TV industries, and lets us look into the life of a woman whose trademark no-nonsense approach has made her many friends - and enemies - along the way.

"From celebrity scandals to personal heartbreaks - the candid revelations of a magazine doyenne"--Cover.

Portraits on inside of front and back covers.