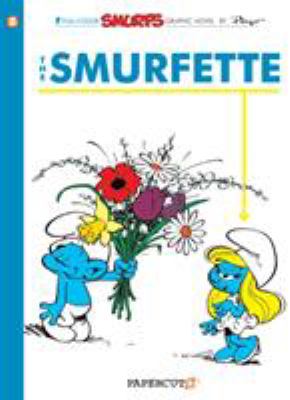 Virtually all of the Smurfs are smitten with the Smurfette, which causes their zany methods of trying to win her affections to keep growing in outrageousness. From building statues to baking cakes and even dressing up like the Smurfette in order to better understand her, the Smurfs are in a frenzy competing for the love of the Smurfette. Will this madness ever die down?

"The Smurfette" and "The Hungry Smurfs" original comic strips credited to Yvan Delporte and Peyo.

When a smurf finds a female smurf in the forest, he brings Smurfette back to the village, where things start to go horribly wrong.