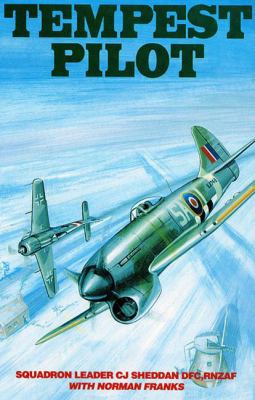 Jimmy Sheddan was one of the many New Zealanders who joined the RNZAF then left his native land to come to England to fight the enemies of Great Britain during World War II. Despite their size of population, New Zealanders rose to the challenge in great numbers, and the recollections of Jim Sheddan demonstrate some of the trials and wartime tribulations that they faced.

However Sheddan also discusses the fun these men had despite the dangers and sacrifices of war. Sheddan rose from the rank of Sergeant Pilot to Squadron Leader with 486 Squadron. He became an exponent of the Hawker Tempest, winning the DFC.

He survived 19 hours in a dinghy off the French coast, a crash landing in a Tempest following a battle with a V1 flying bomb, and the advance across northern Europe in the final weeks of the war. This is his story.