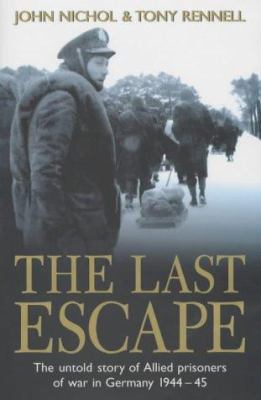 The last escape : the untold story of allied prisoners of war in Germany, 1944-45.

Colditz is probably the best known prisoner of war camp. Its inmates and their exploits were extraordinary, but its liberation, in April 1945, was straightforward compared with what happened to the vast majority of British, American and Commonwealth prisioners in the last desperate months of the war.