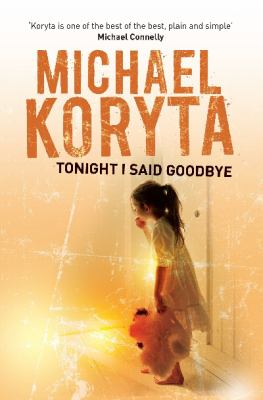 In this haunting, cleverly constructed, brilliantly plotted debut novel, private investigators, Lincoln Perry and his partner Joe Pritchard, are hired to find the wife and child of a man found dead in an upscale Clevelan suburb - was it suicide, or was it murder?

The Cleveland police would charge private investigator Wayne Weston with murdering his wife and daughter except that their bodies can't be found and he's dead, apparently a suicide. Weston's father isn't buying it, however, and he hires private investigators Lincoln Perry and Joe Pritchard to clear his son's name and find his family. Perry is a former cop whose cheating ex-fianc?e set him off on a bender that cost him his job. Pritchard, his old partner, is ready to retire and become what all retired cops become, a P.I. The hard-boiled clich? works beautifully here as these two men find themselves chasing Russian Mafiya, a real estate mogul, and an ex-Marine while dodging bullets, cops, and the FBI. The Cleveland setting is a nice change from the usual East Coast/West Coast locales, and the 21-year-old author excels at building characters and story, making this one of the best mystery debuts this year. Winner of the 2003 SMP/PWA Prize for Best First PI Novel, this is highly recommended. A student at Indiana University, Koryta lives in Bloomington. [See Mystery Prepub, LJ 4/1/04.] Stacy Alesi, Palm Beach Cty. Lib. Syst., Boca Raton, FL (c) Copyright 2010. Library Journals LLC, a wholly owned subsidiary of Media Source, Inc. No redistribution permitted.

A pair of PIs investigate the murder of one of their own in Koryta's sharp, fast-paced debut. Crusty old John Weston hires partners Lincoln Perry and Joe Pritchard to investigate both the death of his son, Wayne, in an incident the cops have ruled a suicide, and the disappearance of Wayne's wife and young daughter. Perry and Pritchard soon determine that Wayne was working for Jeremiah Hubbard, "Cleveland's answer to Donald Trump," in a series of surveillance jobs that brought him into contact with Russian mobsters. The case heats up considerably when the detectives locate Randy Hartwick, a Marine who served with Wayne in a special ops unit, only to have him shot right before their eyes. The cat-and-mouse game shifts to South Carolina, as Perry noses around a Myrtle Beach resort where Hartwick had worked security, only to stumble into Wayne's daughter and wife, who are staying at the same hotel. Julie Weston reveals that she has a videotape her husband made of the mobsters committing a murder, and soon they're both in danger when the Russians come looking for the tape. Although he occasionally tries to substitute jaded PI patter for genuine character development, 21-year-old Koryta delivers well-crafted scenes and genuinely surprising plot twists. This riveting detective novel should delight fans looking for new talent. Agent, David Hale Smith. (Sept.) (c) Copyright PWxyz, LLC. All rights reserved

The winner of St. Martin's 2003 Prize for Best First P.I. Novel presents a Cleveland shamus who falls afoul of Russian mobsters--and for his beautiful client Against the better judgment of his partner Joe Pritchard, novice gumshoe/narrator Lincoln Perry accepts a retainer from wealthy industrialist John Weston to find his missing daughter-in-law Julie and granddaughter Betsy. Weston's son Wayne made headlines when he was found shot dead. The smart money says that Wayne, a Pinkerton investigator, killed Julie and Betsy before turning the gun on himself. Dad can't believe it, and the bodies of the two females haven't been discovered. Ex-cops Perry and Joe's fledgling agency can't afford to turn down the work. Reporter pal Amy Ambrose helps fill in the background, but when she follows up a lead, she's threatened by a group of Russian-American thugs, headed by imperious kingpin Dainius Belov, who destroy her car. The investigative trail leads through a shady businessman named Jeremiah Hubbard and Wayne's partner Aaron Kincaid to sometime thug Randy Hartwick, who dates back to Wayne's days as a Marine. During Perry's meeting with Hartwick, a sniper ends the subject's checkered career with a fatal bullet. In Myrtle Beach, Perry finds Betsy and Julie, whose beauty and vulnerability captivate him. But his satisfaction is cut short by the news that the Russians are headed south in pursuit. A gracefully written, straight-ahead detective story with a welcome 11th-hour surprise. Copyright ©Kirkus Reviews, used with permission.
More book reviews at iDreamBooks.com