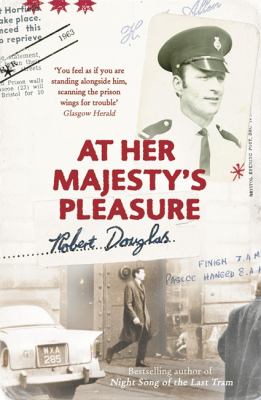 At Her Majesty's pleasure / Robert Douglas.

In his final instalment in his autobiographical trilogy, Robert Douglas takes us through the sixties and into the eighties with his memories of life as a prison officer, and, at the end of his career, as an electricity chargehand driving around the Yorkshire Dales. He tells us of his prison experiences, with anecdotes about many of the most famous criminals in British history - the Krays, the Richardsons, the Great Train Robbers, Soviet spies and many more.

Told in the same endearing and fascinating voice that readers of LAST SONG OF THE NIGHT TRAM and SOMEWHERE TO LAY MY HEAD first fell in love with, this volume continues the story of Robert's remarkable journey of self-education, introducing us to larger-than-life characters on both sides of the bars, and evoking a strong sense of social change as Britain emerged from the post-War gloom into the bright lights of the Beatles years.