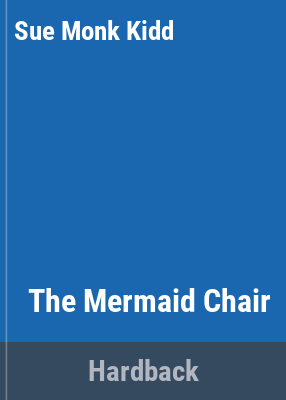 Jessie Sullivan has been married half her life, and has become accustomed to her role. But when she returns to the isolated island she grew up on to establish why her mother has been behaving oddly, she is to find a lot more than she came looking for.

The fancifully carved "mermaid chair" belongs to a Benedictine monastery on the island where Jessie has gone to find herself-and instead finds Brother Thomas. With a 20-city tour. (c) Copyright 2010. Library Journals LLC, a wholly owned subsidiary of Media Source, Inc. No redistribution permitted.

Every aspect of this audiobook, from the enchanting music that marks the story's dramatic moments to the narrator's intimate delivery, draws listeners into Kidd's mystical world. Set on Egret Island, a fictional barrier island off the coast of South Carolina, the novel focuses on 42-year-old Jessie, a Southern housewife who embarks on a journey of self-discovery after learning that her mother, who's still distraught over her husband's death 33 years earlier, has cut off her own finger. Foss speaks with grace and tenderness, deftly capturing the myriad characters who enter Jessie's life, including her love interest, an introspective attorney turned monk who's about to take his finals vows. Perhaps the book's most important character, however, is the land itself, and Foss wisely gives as much weight to Kidd's detailed depictions of the island's lush flora and fauna as to the characters themselves, never rushing through the descriptions and always reading these passages with an appropriate note of reverence. (c) Copyright PWxyz, LLC. All rights reserved All rights reserved.

Kidd's debut novel, The Secret Life of Bees 0 (2000) ,0 is a bona fide publishing success story: it was on the New York Times0 paperback best-seller list for 81 weeks. Her follow-up, while quite different in plot, shares some themes with its predecessor. Forty-three-year old Jessie Sullivan is pulled out of her staid life in Atlanta with her husband and daughter, back to her childhood home on Egret Island after her mother, Nelle, cuts off one of her own fingers. Jessie has been uneasy with the island since her beloved father died when she was nine in a boating accident, a tragedy Jessie has always felt partially responsible for. At the behest of her mother's best friend, Jessie journeys back to the island to try to reconnect with the mother she's never been close to. Jessie wants to know what drove her obviously disturbed mother to sever her finger, and she thinks Father Dominic, one of the Benedictine monks who resides in a nearby monastery, might know more about her mother's state of mind. But it is another monk who claims Jessie's attention--handsome Brother Thomas, who ignites in Jessie a passion so intense it overwhelms her, leading her to question her marriage and rediscover her artistic drive. Kidd's second offering is just as gracefully written as her first and possesses an equally compelling story. It should appeal to the many readers who made her first novel a hit with book clubs. --Kristine Huntley Copyright 2005 Booklist

According to Kidd's follow-up to The Secret Life of Bees, there's nothing like a little soulful adultery to get an anemic marriage back on track. Atlanta housewife and part-time artist Jessie Sullivan has been in a mild funk since her daughter Dee started college. Then she and her sensitive but controlling husband, Hugh, receive news that her obsessively devout mother, Nelle, has purposely cut off a finger--whether out of misplaced piety or mental illness isn't known. With trepidation, Jessie returns to the South Carolina barrier island where she was raised to care for Nelle. She still carries guilt that a spark from the pipe she had given her father supposedly caused the boating accident that killed him when she was nine. Since then, Nelle has cooked for the neighboring monks, whose patron saint, Saint Senare, was an Irish mermaid before she found God. Jessie meets and is immediately attracted to the newest addition to the monastery, Father Thomas. A former lawyer whose wife and unborn child died in a freak accident, Father Thomas, who has yet to take his final vows, is in charge of the rookery, so he spends his days paddling alone down various creeks. Soon, Jessie is paddling with him while delving into her own sensuality and selfhood. No pure lust, but a spiritual coupling has taken place as evidenced, at least, by the pictures she creates of a mermaid diving deep toward the ocean floor, while there's much talk of being "damned and saved both." Jesse learns she isn't to blame for her father's death, but her relief is short-lived, since Nelle cuts off another finger. Loyal Hugh shows up to help and discovers Jessie's affair. Once the truth of Jessie's father's death is revealed, Nelle begins a real recovery, while a wiser, stronger Jessie returns to the ever-patient Hugh, who vows to be a better husband. Bestselling Kidd (The Secret Life of Bees (2002) has a gift for language, but the saccharine aftertaste won't go away. Copyright ©Kirkus Reviews, used with permission.
More book reviews at iDreamBooks.com