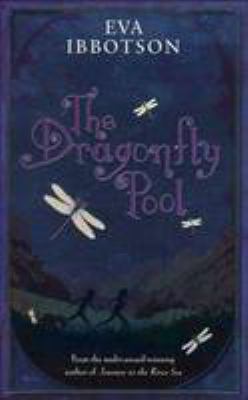 Genre/Form: Action and adventure fiction. | Young adult fiction. | Teen fiction.DDC classification: Young Adult Subject: Tally is furious that she is being sent to a stuffy boarding school. But Delderton Hall is full of surprises - there's shy, secretive Julia; wild-haired Barney, with his bizarre pet, and a host of unusual teachers, including Magda, who's more homesick than the students. Tally comes to expect the unexpected - though she never imagined her first school trip would lead to such extraordinary adventures.
Tags from this library: No tags from this library for this title. Log in to add tags.
Fiction notes: Click to open in new window

Tally Hamilton is furious to hear she is being sent from London to a horrid, stuffy boarding school in the countryside. And all because of the stupid war. But Delderton Hall is a far more unusual and interesting place than Tally ever imagined, and she soon falls in love with its eccentric staff and pupils.

Tally is furious that she is being sent to a stuffy boarding school. But Delderton Hall is full of surprises - there's shy, secretive Julia; wild-haired Barney, with his bizarre pet, and a host of unusual teachers, including Magda, who's more homesick than the students. Tally comes to expect the unexpected - though she never imagined her first school trip would lead to such extraordinary adventures.

Gr 5-8-In Eva Ibbotson's novel (Dutton, 2008), set in pre-World War II Europe, 11-year-old Tally is sent to a boarding school outside of London by her father who wants to keep her safe from the impending war. She befriends everyone and rights several wrongs, and forms a folk dancing group that travels to a small kingdom to particiate in an international dance festival. She makes friends with Karil, the crown prince. When his father, who refuses to let Hitler's army march through his country, is assassinated, the dance troup set out to save Karil. Narrator Patricia Conolly varies accent and pitch when voicing each charater-the quiet girl who lisps, the shy and self conscious Julia, the secretive Matteo, and Nazi thugs. She creates a cozy world for Tally at school and then captures the children's fear as they race across Europe with the prince in tow, trying to stay ahead of the Nazis. Listeners will fret along with the characters when things don't go well and cheer at some of the heroics.-Edie Ching, Washington Latin Public Charter School, DC (c) Copyright 2010. Library Journals LLC, a wholly owned subsidiary of Media Source, Inc. No redistribution permitted.

Eleven-year-old Tally doesn't want to leave London for boarding school in the country, but with Hitler amassing power and war on the horizon, her father insists. Tally expects Delderton to be full of posh bullies and cruel teachers, but it turns out to be a place where the students are free to learn in their own way. When the school is invited to participate in an international folk-dancing festival in Ibbotson-imagined Bergania, where the king has gained notoriety for refusing Hitler's demands, Tally overcomes all odds to put together a troupe. In Bergania, Tally and Karil, the lonely crown prince, become fast friends, and after the king is assassinated, she and her friends smuggle Karil out of Bergania, intending to hide him at their school. While selfless, optimistic Tally is a little too good, Ibbotson's trademark eccentric characters and strongly contrasted principles of right and wrong brighten and broaden this uplifting tale. The thrilling war story, complete with chase scenes, clashes at first with the nostalgic school tale, but they eventually come together in celebration of freedom of all kinds.--Hutley, Krista Copyright 2008 Booklist

(Intermediate, Middle School) The addition of the invented country of Bergania (think The Mouse That Roared) to the otherwise recognizable landscape of Europe on the brink of WWII provides the setting for this adventure. Tally, a student at a progressive school in England, becomes enamored with the mountain kingdom via a newsreel and persuades the authorities to send a school group there to participate in an international dance exhibition. Once there, Tally, an unsinkable heroine, helps rescue Karil, the young crown prince, from a corrupt government and then from the Nazis and finally from his oppressive guardians. Each member of the supporting cast of this deftly constructed tale is a gem, from the mysterious, charismatic biology teacher to Tally's father, a dedicated and idealistic doctor; from Julia, abandoned by her movie-star mother, to the plumber-turned-hired-assassin who murders Karil's father, the king. The plottings, near escapes, secret identities revealed, and ethical dilemmas are decorated with the particular wry, confident humor that is Ibbotson's trademark. "At school they say Nazi spies are going to come down on parachutes disguised as nuns. Well, I know nuns; I wouldn't be fooled -- you can tell by their shoes." This is a fat book that needs to be, requiring each of its 377 pages to work out all the politics and personal relationships that finally slot together in a neat, satisfying, romantic ending. From HORN BOOK, (c) Copyright 2010. The Horn Book, Inc., a wholly owned subsidiary of Media Source, Inc. No redistribution permitted.

Ibbotson's multi-stranded story begins in England at the start of World War II and ends six years later. Twelve-year-old Tally, a thoughtful and outspoken child, deeply loved by her widowed father and two maiden aunts, receives a scholarship to Delderton, a progressive boarding school. While at the cinema, Tally sees a newsreel about the small country of Bergania, whose King refuses to bend to Hitler's demands, so when Delderton is invited to Bergania for a dance festival Tally insists they attend. In Bergania the children witness the King's assassination. Horrified, Tally and her classmates help Karil, Bergania's young prince, escape from the now Nazi-occupied country to England. The third-person narration shifts among Tally, Karil and other key characters as they cope with the hardships of war. The book, based on the author's own childhood experiences, is a romantic tale of friendship, loyalty and heroism, and her fans will not be disappointed. (Fiction. 12 & up) Copyright ©Kirkus Reviews, used with permission.
More book reviews at iDreamBooks.com