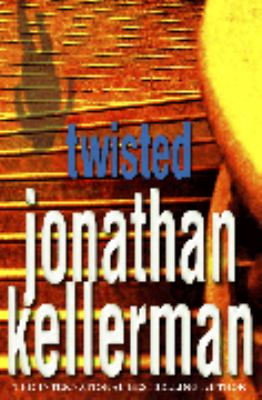 Detective Petra Connor is struggling with a baffling drive-past murder when Isaac Gomez, a young research prodigy, tells her he's found something she might want to see. His theory that there's a connection between six unsolved murders committed in the LAPD area over the past six years, all at around midnight on June 28, seems fanciful at first - but soon the links become clearer.

Something evil has managed to conceal itself between the dry pages of the files: a series of killings so meticulously constructed that the mind behind them would have remained invisible without Isaac's sharp probing. And June 28 is just a month away - will Petra be able to stop the murderer from striking again?

Petra Connor (Billy Straight) returns as an LAPD homicide detective trying to solve an enduring mystery. Every June 28 for the last six years in Los Angeles, someone has been murdered. As the gruesome anniversary approaches, Connor teams with boy-wonder Isaac Gomez, a part-time LAPD intern. Gomez's statistical analysis convinces Connor that the annual murders are not coincidental, and Connor, in turn, shows Gomez what life is like inside the homicidal Los Angeles underworld. Just 22 and a year away from a dual Ph.D. in epidemiology and biostatistics, Gomez finds some of his most compelling research outside of the classroom. This work is sure to be another best seller for Kellerman, but it lacks some of the edge of his previous novels, owing perhaps to the absence of Delaware, a more dynamic protagonist than Connor. Still, Kellerman's trademarks of complex characterization and suspenseful twists recommends his latest novel to any fiction collection.-Ken Bolton, Cornell Univ. Lib., Ithaca, NY (c) Copyright 2010. Library Journals LLC, a wholly owned subsidiary of Media Source, Inc. No redistribution permitted.

Hollywood homicide detective Petra Connor takes center stage in bestseller Kellerman's elaborate, suspenseful, albeit improbable, thriller. Connor, who assisted Kellerman's main series detective, psychologist Alex Delaware, in 2003's A Cold Heart, proves an engaging protagonist, fully capable of carrying a story on her own. She's investigating a seemingly random drive-by shooting that claimed four teenage victims when a precocious 22-year-old graduate student intern, Isaac Gomez, presents her with evidence that a serial killer has struck on the same day, June 28, every year for the past six years. Though his proof relies entirely on a statistical analysis he's performed, his unquestioned brilliance prompts Connor to do a little extracurricular digging that turns up suggestive clues supporting Gomez's theory. Meanwhile, after doggedly pursuing even the slightest lead in the drive-by shooting case, Connor suspects that one of the victims, perhaps the one who wasn't claimed by any next-of-kin, was deliberately targeted. While Connor finds the socially immature Gomez to be a challenging assistant, he displays considerable cool in the climactic showdown with the June 28 killer. Despite a last minute plot twist that comes out of left field, this is vintage Kellerman, sure to please his legions of fans. Agent, Barney Karpfinger. (Dec. 1) Forecast: A Literary Guild and Mystery Guild main selection, and a BOMC, QPB and Doubleday featured selection, this one should hit most bestseller lists. (c) Copyright PWxyz, LLC. All rights reserved

Following her debut as Milo Sturgi's fellow officer in the Delaware/Sturgis mystery A Cold Heart (2003), L.A. Detective Petra Connor emerges on her own. Unfortunately, if Kellerman is testing the waters for a new series character, Petra, though tough enough and with the usual screwed-up love life, is nothing special. The best thing here is 22-year-old Isaac Gomez, a nerdy whiz kid who is investigating patterns in unsolved L.A. homicides for his doctoral dissertation. Although Petra is supposed to be working on the death of an unidentified teen in a drive-by shooting, when Isaac confronts her with several cold cases that have compelling links, she can't help but feel they deserve some attention, too. While Petra does most of the footwork, Isaac pulls up the background on his laptop and makes a few trips to the library, where an unusually randy librarian helps him out in both the physical and intellectual senses. The idea of a prodigy torn between his hardworking family and the excitement of police work is what supplies the energy here. Perhaps Kellerman should consider a series based on Isaac rather than Petra. --Stephanie Zvirin Copyright 2004 Booklist
More book reviews at iDreamBooks.com