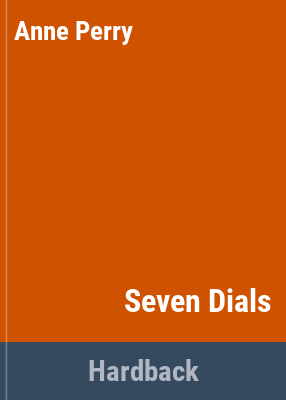 Early one morning, Thomas Pitt is summoned to the offices of Victor Narraway, head of the Secret Service in Queen Victoria's vast empire. An ex-army officer and promising young diplomat has been shot at Eden Lodge, home of the Egyptian mistress of a senior cabinet minister, Saville Ryerson, and the prime suspect is the woman herself.

When Pitt visits the scene of the murder, however, he finds that some things don't add up. Why did the Eyptian woman have a gun, and if she needed protection, from whom? Is her lover lying to protect her, or himself? When the Eyptian Ambassador puts in a call to Prime Minister Gladstone, it seems that a major diplomatic row is brewing.

Meanwhile Charlotte Pitt is more concerned about her husband's safety. Thomas is convinced that Narraway knows more about this case than he claims, and Charlotte fears that he could be involved with the Inner Circle, the secret organistion that destroyed Pitt's career in the Metropolitan Police and very nearly cost him his life. Can Pitt tread the tense diplomatic tightrope between protecting justice, the security of his country, and the safety of his family?

Thomas Pitt must protect Senior Cabinet Minister Saville Ryerson from scandal when he is implicated in a murder at the house of a mysterious Egyptian woman. (c) Copyright 2010. Library Journals LLC, a wholly owned subsidiary of Media Source, Inc. No redistribution permitted.

In her 23rd Victorian mystery featuring Thomas and Charlotte Pitt (after 2002's Southampton Row), Perry uses a pending economic crisis to good effect. Now firmly ensconced in his job with Special Branch, Thomas looks into the murder of a junior diplomat, whose corpse turns up in a wheelbarrow in a garden belonging to a mysterious and beautiful Egyptian woman, Ayesha Zakhari. Pitt travels to Egypt for answers, but the more he learns about Miss Zakhari the more he suspects that she's the pawn in some ugly political game. The Pitts' maid, Gracie, involves Charlotte in the search for a missing valet. Gracie also enlists the aid of Thomas's former subordinate, Sergeant Tellman, and in one of the charming subplots of the book, their romance develops further. The trail leads Charlotte into the dark and dangerous alleys of London's Seven Dials district, and eventually she and Thomas discover that the two cases intersect in a horrifying way. Perry once again delivers a complex and satisfying tale that fans of the series will devour. (Feb. 4) Forecast: With a big promotional push including national print ads and a sample chapter in the paperback edition of Southampton Row (Feb.), this should hit some bestseller lists. The London Times selected Perry as one of the 20th century's "100 Masters of Crime." (c) Copyright PWxyz, LLC. All rights reserved

Perry, selected by the London Times as one of the twentieth century's "100 Masters of Crime," is still knocking them dead in the twenty first. Her latest, a Thomas and Charlotte Pitt caper, is a typical blend of Victorian social history (Perry's research extends even to the cleaning agents--sorrel juice, chalk, horse-hoof parings--used in wealthy Victorian homes), political intrigue, and exemplary detective work. What gives this particular series added punch is the character of Charlotte, an aristocrat with a social conscience, who descends into London's netherworld to help fallen women and lost souls. This time, Charlotte goes undercover to find a disappeared servant. Thomas Pitt, of Her Majesty's Special Branch, is faced with an exquisitely sensitive case. A junior diplomat has been found murdered in the garden of a notorious Egyptian woman, with her current lover, a very powerful senior Cabinet minister, found at the scene as well. Pitt is asked to untangle the mystery without bringing down the government. As usual with Perry, the mystery ripples out in complications and new dangers. A fine puzzle. --Connie Fletcher

The case seems open and shut. Lt. Edwin Lovat, an army officer turned junior diplomat, has been found shot to death at Eden Lodge on Connaught Square. An anonymous call with that newfangled invention, the telephone, has dispatched officers to the scene so promptly that they've caught Ayesha Zakhari, the beautiful Egyptian who rents the house and owns the murder weapon, standing over a wheelbarrow containing the bleeding corpse. But because the presumptive killer is the mistress of Saville Ryerson, MP for Manchester and cabinet minister, Prime Minister Gladstone demands that Her Majesty's Special Branch do whatever it can to shield Ryerson, who says he arrived at the crime scene moments before the police. Special Branch officer Thomas Pitt (Southampton Row, 2002, etc.), surveying the evidence, realizes what a tall order that will be, since Ryerson's brief-which includes cotton exports that have long been a sore subject between cotton-growing Egypt and cotton-weaving England-places him at the heart of an intrigue that will soon pack Pitt off to Alexandria, where the wealth of reliable detail about Egyptian customs and history will help mask the vacuity of characters whose only interest is in the forces they stand for. Back home, Pitt's wife Charlotte is pulled into a search for Martin Garvey, an equally blank valet whose disappearance is connected to Lovat's murder in ways that illuminate still deeper social abuses in Victoria's England. Indefatigable Perry forgets a cardinal rule: Even if the fate of nations depends on their characters, novelists first need to make readers care about them as people.
More book reviews at iDreamBooks.com