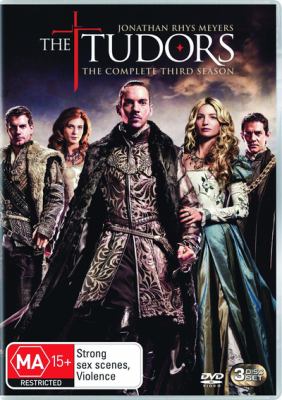 Originally broadcast on television in 2009.

Special features include: On set with the Tudors ; an exclusive tour of Hampton Court ; Soul Queen meets Tudor King: Joss Stone as Anne of Cleves.

"Twenty-seven years into his reign, King Henry VIII is at the height of his powers. A new Queen means revived hope for an heir and the growth of his Protestant Reformation promises that Henry will be the most influential in all of England - and quite possibly the world. But when rebellion, treason and tragedy strike his court, the King goes on the offensive to take down those who defy him - by every ruthless means possible" --Container.

Subtitles in English and Hindi. Closed-captioned for the hearing impaired.