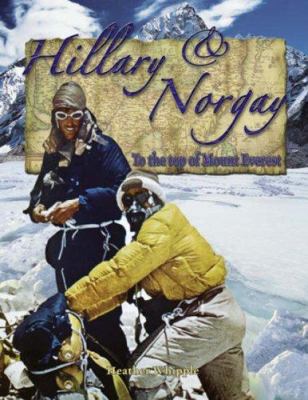 Hillary & Norgay : to the top of Mount Everest / Heather Whipple.

Sir Edmund Hillary and Tenzing Norgay reached the top of Mount Everest, the world's highest mountain, on a British expedition in 1953. The achievement was hailed around the world and launched a 20th century obsession with climbing ever higher. This exciting new book describes their perilous journey as well as their relationship and Norgay's role as a Sherpa guide.

For primary and intermediate school students.