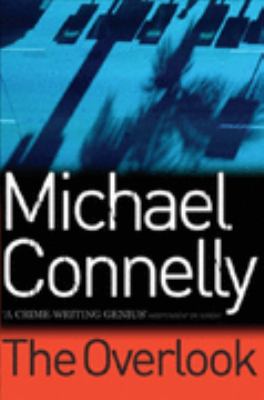 Genre/Form: Thrillers (Fiction) | Detective and mystery fiction.Summary: Having left the LAPD's Open Unsolved Unit for the prestigious Homicide Special squad, Harry Bosch investigates the murder of a doctor whose death is linked to the theft of a dangerous radioactive substance that may be part of a terrorist plot.
Tags from this library: No tags from this library for this title. Log in to add tags.
Fiction notes: Click to open in new window

Harry Bosch is investigating a murder that may have chilling consequences for America's national security.

Having left the LAPD's Open Unsolved Unit for the prestigious Homicide Special squad, Harry Bosch investigates the murder of a doctor whose death is linked to the theft of a dangerous radioactive substance that may be part of a terrorist plot.

Series hero detective Harry Bosch, now of LAPD's Homicide Special Squad of the Robbery/Homicide division, is back with a vengeance. Connelly (Echo Park) delivers a masterly piece of contemporary fiction that goes beyond the average police procedural by drawing on the current fears of terrorism and the political ramifications created by attempts to thwart it. A medical physicist is murdered, and the radioactive material he worked with is stolen. Thus begins the search to find the killer and the urgent need to retrieve the materials. Again, the usual departmental and federal politics and the unexpected plot twists combine for a great work. Connelly's novels are quite simply only getting better with age; the banter of the murder investigation is smart and the action taut. This sixth narration of a Bosch mystery by Len Cariou is excellent and brings the characters to life. Highly recommended.-Scott R. DiMarco, Mansfield Univ. of Pennsylvania (c) Copyright 2010. Library Journals LLC, a wholly owned subsidiary of Media Source, Inc. No redistribution permitted.

Starred Review. Reviewers were somewhat abrupt about perennial bestseller Connelly's 13th Harry Bosch novel: a quick read, almost half the length of Connelly's previous novels, said one; a tasty hors d'oeuvre quipped another. How smart and fortunate for listeners that Hachette Audio has turned to veteran Connelly reader Len Cariou for some added weight. Cariou catches all the strength and sadness behind Bosch's minimal dialogue and is also perfect as Harry's LAPD colleagues, female and male. He is especially good at bringing to frightening life the real villains: the federal investigators, headed by a former Bosch lover, FBI agent Rachel Walling. The Feds are trying to take over the case of a body found on an overlook near Mulholland Drive--a doctor who turns out to have had access to radioactive materials stored at hospitals throughout L.A. All praise to Hachette for getting Cariou to help us through it. The production boasts original music by Frank Morgan. (c) Copyright PWxyz, LLC. All rights reserved All rights reserved.

This short novel began life as a 16-part serial in the New York Times. Despite being expanded somewhat for book publication, the story's roots as a plot-driven serial remain visible: readers familiar with Connelly's celebrated Harry Bosch series--And what hard-boiled fiction fan isn't?--will notice less character development and less psychological texture here than in any of the full-length Bosch novels, but that isn't to say the story doesn't pack a wallop. In the wake of the controversial events at the conclusion of Echo Park (2006), Bosch has a new assignment, with LAPD's Homicide Special Unit. He lands his first case when a body is found on the overlook near Mulholland Drive. The victim, Dr. Stanley Kent, turns out to have had access to radioactive materials stored at hospitals throughout L.A. As the clues point toward a terrorist plot, Bosch must contend with various crime-fighting bureaucracies, including the FBI and Homeland Security. Bosch reacts to bureaucratic interference (even from former lover and FBI agent Rachel Walling) like the body reacts to radiation, so the sparks begin to fly immediately. Unlike other Bosch novels, which effortlessly mix action with the hero's inner struggles, this one unfolds like an episode of 24, pounding its way relentlessly to a surprising conclusion. Treat The Overlook like a tasty hors d'oeuvre: down it in one quick gulp, and look forward to the next Bosch entree. --Bill Ott Copyright 2007 Booklist

In a 12-hour adventure first serialized in weekly installments in the New York Times Magazine, Harry Bosch finally catches a fresh case after years of resurrecting old ones (Echo Park, 2006, etc.), and it's a honey. Before he was shot to death at a scenic overlook on Mulholland Drive, Stanley Kent was a medical physicist who had access to the radioactive cesium used to treat uterine cancer. Because the murder looks like an execution, Bosch and his new partner, Ignacio ("call me Iggy") Ferras of LAPD Homicide Special, are under orders to grab the case from Hollywood Homicide. In a breathtakingly short time, though, it's grabbed from them by Rachel Walling, Bosch's former lover, and her take-no-prisoners FBI partner Jack Brenner. The reason: Shortly before he died, Kent had driven to St. Agatha's Clinic for Women and removed dozens of doses of cesium at the demand of the masked thugs who'd broken into his home, tied up his wife and threatened to rape and kill her. Alicia Kent is still alive, but her husband isn't, and the cesium has vanished. Captain Don Hadley, the well-connected nincompoop in charge of L.A.'s Department of Homeland Security, is convinced the threat of a dirty bomb is linked to anti-American provocateur Ramin Samir; the FBI is more intent on locating a Syrian terrorist who goes by the nickname Moby. But Bosch is convinced the Feds have missed important clues, and soon he's dug up an eyewitness to the crime and found new evidence at the Kent home. Both discoveries send him barreling into a series of jurisdictional battles that almost upstage the terrorist threat. A beautifully stripped-down case that makes up in tension and velocity what it lacks in amplitude. Serialization hasn't hurt Connelly any more than it did Charles Dickens, who's cited at several key points. Copyright ©Kirkus Reviews, used with permission.
More book reviews at iDreamBooks.com