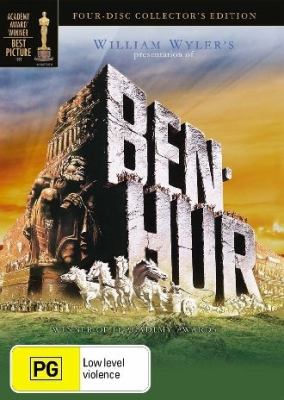 Based on the novel by Lew Wallace.

Originally released as two motion pictures in 1925 and 1959.

Judah Ben-Hur is a young Jewish nobleman from a prominent who is reunited with his childhood friend Messala. Messala returns to Judea as a Roman tribune. There is a genuine friendship between the two men, yet the clash of their cultures drives a wedge between them. That wedge finally drives Messala to banish Judah to the slave galleys and sends his mother and his sister to prison. From that point forward, Judah's life becomes a quest: a quest to survive and a quest for vengeance. Judah survives the galleys to become the adopted son of a Roman general, and his triumphant return to Judea permits him to challenge and subsequently confront Messala in a chariot race.

Closed-captioned in English and Italian for the hearing impaired.