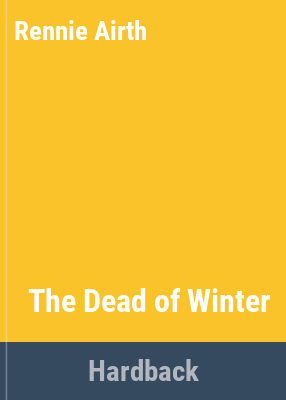 " Rennie Airth's] meticulously detailed procedural mysteries are beautifully written . . . well worth reading, and rereading."
-Marilyn Stasio, "The New York Times Book Review"
On a freezing London night in 1944, Rosa Novak is brutally murdered during a blackout. Scotland Yard suspects the young Polish refugee was the victim of a random act of violence and might have dropped the case if former police investigator John Madden hadn't been her employer. Madden feels he owes it to Rosa to find her killer and pushes the investigation, uncovering her connection to a murdered Parisian furrier, a member of the Resistance, and a stolen cache of diamonds.
Delivering the atmospheric writing and compelling characters that have already established Rennie Airth as a master of suspense as well as style, this long-awaited third installment in the John Madden series is historical crime writing at its best.

Readers first met Inspector John Madden in River of Darkness, where he employed then unsanctioned psychological-profiling methods to identify a serial killer in post-World War I Britain. When Madden reappeared in Blood-Dimmed Tide, it was 1932; he had retired from active duty but was drawn into a local case involving a murdered child. Now, another 12 years have passed, and Polish immigrant Rosa Nowak is murdered during a London blackout. Madden's ties to the girl are quickly discovered, and his interest in finding her killer brings him out of retirement once more. As with the other series books, Airth's latest blends modern methods of crime detection with a superb cast of characters who inhabit a well-drawn world steeped in historical ambience and detail. Libraries that buy this title should also buy its predecessors; readers will want as much of Madden as they can get. Highly recommended.-Nancy McNicol, Hamden P.L., CT (c) Copyright 2010. Library Journals LLC, a wholly owned subsidiary of Media Source, Inc. No redistribution permitted.

Set in London and rural England in 1944, Airth's fine third mystery to feature ex-Scotland Yard inspector John Madden (after The Blood-Dimmed Tide) shows how five years of war and an overstretched police force have brought "a new dimension to lawbreaking," with a serious rise in murders, thefts and extortion. Even decent citizens aren't above black-market dealings. The murder of Rosa Nowak, a young Polish woman, on a deserted London street during a blackout appears to be another act of random violence. Since Nowak worked on Madden's farm, his reputation ensures that his former colleagues thoroughly investigate the case, which leads to continental Europe, stolen diamonds and a string of murders, including that of a Jewish furrier. Airth takes a perceptive look at the frayed emotions of his fully realized characters as he carefully lays the groundwork for the next book in this rewarding series. (July) (c) Copyright PWxyz, LLC. All rights reserved

Even though this is only the third John Madden mystery, we feel as though we know the man intimately. His latest adventure is set two decades after the first Madden novel, 1999's River of Darkness (which took place in 1921). At that time, Madden was a detective with Scotland Yard. In 2005's The Blood-Dimmed Tide, set in 1932, Madden owned a farm in Surrey, far away from London and its criminal world. Now it's 1944, and as World War II rages, one of Madden's employees is murdered, for no apparent reason. Madden takes it on himself to solve the crime, which turns out to involve (among other things) some very valuable diamonds and a member of the Resistance. In the first two Madden novels, Airth established that remarkably lifelike connection between character and reader; rejoining Madden now is like reuniting with an old friend. Let's hope we don't have to wait another six years for the next Madden mystery (which, if Airth continues the chronological pattern, should be set in the mid-1950s).--Pitt, David Copyright 2009 Booklist

Scotland Yard tracks an international assassin during World War II, aided for a third time by retired inspector John Madden (Blood-Dimmed Tide, 2005, etc.). In 1940 Paris, a Jewish businessman who's converted his wealth to diamonds to flee the Nazi invasion is killed on his doorstep hours before departing. In 1944 London, a young Polish refugee, Rosa Nowak, is murdered under cover of the blackout. Chief Inspector Angus Sinclair, mystified by why anyone would brutally strangle an innocent land girl, turns to his old friend John Madden. Madden has retired from the force for a quiet country life, where, coincidentally enough, he and his clever wife Helen had sheltered Rosa. Spurred by his obligation to the girl, Madden joins forces with Sinclair, as does young policewoman Lily Poole, who has enough grit and moxie to investigate London's underworld. Poole finds their first thin leada brassy French prostitute who saw a man chase after Rosabut she's next to turn up dead. The investigation of her death leads to a stakeout to catch the murderer, but the plan is blown to smithereens by a V-2 bomb. Instead, the villain gets away with three more murders, thousands of pounds and the diamonds stolen in Paris four years before. Now Sinclair, Madden and Poole must track an international criminal through the fog of war, hoping he leaves a trail back to Rosa. Ploddingly slow, every plot twist glaringly obvious. Only for diehard fans of the setting or series. Copyright Kirkus Reviews, used with permission.
More book reviews at iDreamBooks.com