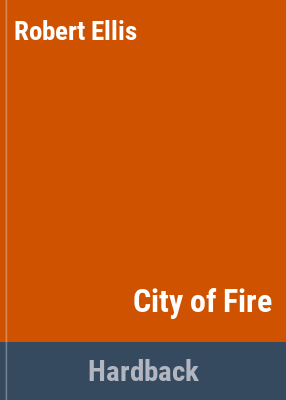 Los Angeles's infamous Santa Ana winds, or "Devil Winds," provide fuel for the fire in Ellis's (The Dead Room) serial killer-cum-police procedural. LAPD Det. Lena Gamble, haunted by her musician brother's murder, figures out that Nikki Brant's horrific rape and murder are just one small piece of a madman's desire to seek revenge against all those who have made his life miserable. Opening with Brant's death, this potboiler dishes it out: pornographic web sites, the plight of orphan siblings, the Hollywood music industry, and drug abuse. Needless to say, a brush fire seems superfluous. But pressing on, Gamble and her partner work both forward and backward as they delve into musical and handwriting clues left on the victims' nightstands, gradually teasing out the slayer's identity. If that weren't enough, the unsolved murder of Gamble's brother becomes personally threatening when she realizes that one of her colleagues probably killed him. Totally plot driven, with plenty of stereotypical characters, this book is fast, gruesome, and twisted, like a scary Jodie Foster movie. Ellis makes it easy to be terrified. Recommended for popular collections. [See Mystery Prepub, LJ 2/1/07.]--Teresa L. Jacobsen, Solano Coll. Lib., Fairfield, CA (c) Copyright 2010. Library Journals LLC, a wholly owned subsidiary of Media Source, Inc. No redistribution permitted.

Through the literal and metaphorical fog of a forest fire that rages through much of Ellis's tense third thriller (after Access to Power and The Dead Room), LAPD detective Lena Gamble investigates a string of gruesome murders, the first of a pregnant woman, while trying to follow the convoluted thinking of "Romeo," as the serial killer has been dubbed. The search becomes more complicated and personal when the body of the best friend of Gamble's dead brother, David, is found, apparently another Romeo victim. Through Gamble's nicely framed reminiscences by her pool, we learn of David's unsolved death by gunshot, five years earlier. There's clearly some connection, but Gamble can't tie Romeo to David, a sensitive soul and a rock musician of some renown. The pieces of the case fall into place a little too neatly, and there may be a few too many words on L.A. driving, but the story is tight, the characters alive and the Rambo-like assault at the end refreshingly uncharacteristic of female protagonists. Author tour. (June) (c) Copyright PWxyz, LLC. All rights reserved

Five years ago, Los Angeles police officer Lena Gamble's brother was gunned down on a dark Hollywood street. The chilling case remains unsolved. Now, the newly promoted homicide detective is pursuing a psychopath who sexually assaults his victims before stabbing them to death. But the mystery of her brother's death is never far from her mind. Who snuffed out the life of the talented musician who became her best friend after their parents' early demise? As time passes, Lena suspects that the LAPD colleagues she has come to trust and admire are conspiring against her in the interest of closing a troubling case. Though his attention to grisly detail may be too much for some, Ellis ( Access to Power, 2001) vividly evokes Hollywood as a place of burning desires, where the boundaries between good and evil are blurred beyond distinction. Ellis' prose is crisp, and his plot moves at a good clip. His characters are credible and complex: a cadre of flawed cops, a strong-willed young woman seeking answers, and a serial killer hell-bent on revenge. --Allison Block Copyright 2007 Booklist

An LAPD detective goes out on an emotional limb chasing a violent serial killer. Lena Gamble and her new partner, Hank Novak, are called to an early morning crime scene in a small house near the Pacific Coast Highway. The bloody crime scene recalls Lena's first homicide case, the recent murder of Teresa Lopez, whose husband, Jose, currently sits in jail awaiting trial. Today's victim, Nikki Brant, may have been raped before her brutal murder. Suspicion naturally falls on Nikki's husband James, who has a shaky alibi and an alleged history of violence against his wife. The reader alone knows that Nikki did not see the face of the sex partner she assumed was her husband shortly before her murder. James hires high-profile lawyer Buddy Paladino, who can't (or doesn't) stop his client from taking a lie detector test, which he fails. But Lena's slam-dunk arrest is abruptly turned upside-down when DNA results clear James and link the crime to the Lopez murder. The press dubs the killer Romeo. The pressure's on Lena at a time when she's already dealing with the death of her drug-addicted brother David and the new demands of her promotion to detective. A complex portrait of the flawed but righteous Lena by Ellis (The Dead Room, 2002, etc.) makes this sure-footed police procedural something special. Copyright ©Kirkus Reviews, used with permission.
More book reviews at iDreamBooks.com