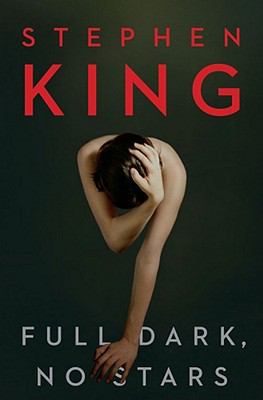 The acclaimed #1 New York Times and undisputed King of Horror Stephen King delivers five unforgettable short works, two of which will soon be adapted for film, and which Booklist called "raw looks at the limits of greed, revenge, and self-deception." Like Different Seasons and Four Past Midnight, which generated such enduring hit films as The Shawshank Redemption and Stand by Me, Full Dark, No Stars proves Stephen King a master of the long story form. "I believe there is another man inside every man, a stranger¿" writes Wilfred Leland James in the early pages of the riveting confession that makes up "1922," the first in this pitch-black quartet of mesmerizing tales from Stephen King. For James, that stranger is awakened when his wife Arlette proposes selling off the family homestead and moving to Omaha, setting in motion a gruesome train of murder and madness. In "Big Driver," soon to be a major Lifetime movie starring Maria Bello, a cozy-mystery writer named Tess encounters the stranger is along a back road in Massachusetts when she takes a shortcut home after a book club engagement. Violated and left for dead, Tess plots a revenge that will bring her face to face with another stranger: the one inside herself. "Fair Extension," the shortest of these tales, is perhaps the nastiest and certainly the funniest. Making a deal with the devil not only saves Harry Streeter from a fatal cancer but provides rich recompense for a lifetime of resentment. In the last of the tales, soon to be a major motion picture, Darcy Anderson¿s husband of more than twenty years is away on one of his business trips and his unsuspecting wife looks for batteries in the garage. Her toe knocks up against a box under a worktable and she discovers the stranger inside her husband. It¿s a horrifying discovery, rendered with bristling intensity, and it definitively ends "A Good Marriage."

King leaves the supernatural behind to find the macabre in stories of ordinary misfortune. In each, ordinary people discover how their choices define who they are and what they can become. As usual, King's characters are multidimensional and colorful, if not necessarily sympathetic. Craig Wasson takes on two of the stories, and his raspy voice is a pleasure to listen to. The main characters in "1922" and "Fair Exchange" are not young men, and his mature gruffness and easy delivery are perfect. And while Jessica Hecht's reading of both "Big Driver" and "A Good Marriage" is pleasant and steady, her characterizations through dialogue are not very broad, and sometimes sound timid and whiny. Still, the strength of the stories keeps the listener enthralled. A Scribner hardcover. (Nov.) (c) Copyright PWxyz, LLC. All rights reserved.

*Starred Review* King begins his afterword by stating, The stories in this book are harsh. The man ain't whistlin' Dixie. Returning to the novella possibly his brightest canvas King provides four raw looks at the limits of greed, revenge, and self-deception. The first, 1922, is an outright masterpiece and takes the form of the written confession of one Wilf James. Back in 1922, see, Wilf killed his wife to prevent her selling off part of the farm, but tossing her corpse down the well didn't exactly stop her. It's Poe meets Creepshow by way of Steinbeck and carries the bleak, nearly romantic doom of an old folk ballad about murderin' done wrong. A pair of the remaining tales feature female protagonists considering hiding others' crimes: Big Driver is a rape-revenge tale about a writer of cozy mysteries who ends up in the uncoziest of situations, while A Good Marriage stars a wife whose husband of 27 years turns out to be hiding an unimaginable secret. Though the shortest story by far, Fair Extension is no slouch, submitting for your approval one Mr. Elvid (get it?), who is out to shine a little light on our blackest urges. Rarely has King gone this dark, but to say there are no stars here is crazy. High-Demand Backstory: King has gone on record saying he believesthat American readers should pay more attention to the virtues of short fiction; and if anyone can get reluctant short-story and novella readers into the swing, he certainly can with this book.--Kraus, Daniel Copyright 2010 Booklist

Following an overstuffed feast of a novel (Under the Dome,2009), King returns with four comparative snacks, each of which deals in some way with the darkest recesses of the human soul.None of the narratives have previously been published, and all are apparently recent. The first, best and longest is "1922," a richly detailed ghost story about a Nebraska farmer whose wife wants to sell land she's inherited and move to the city, and how he enlists their 14-year-old son to conspire against her. He had been convinced that moving to the city would be hell, but discovers, as he tells himself, "You realize that you are in a hell of your own making, but you go on nevertheless. Because there is nothing else to do." "Big Driver" concerns an implausible plot against an author speaking to a book club, and the toll her revenge takes on her, transforming her into a different person in the process. "Fair Extension," the shortest, is a fable about a terminal cancer patient who experiences a miraculous remission following a transaction with the devilish Mr. Elvid. "A Good Marriage," is, of course, a title dripping with irony, with a wife of more than 25 years discovering devastating secretsa secret life! even a dual identity!about her boringly predictable husband. Can things somehow go on as they have before? Or does she risk ruining her own life and those of their children by exposing her husband? "Does anybody really know anybody?"asks the story (rhetorically). Explains King in his "Afterword," "From the start...I felt that the best fiction was both propulsive and assaultive. It gets in your face. Sometimes it shouts in your face."A collection of page-turning narratives for those who prefer the prolific tale spinner at his pulpiest.]] Copyright Kirkus Reviews, used with permission.
More book reviews at iDreamBooks.com