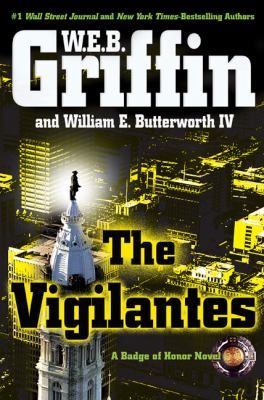 Genre/Form: Detective and mystery fiction.DDC classification: GRI Summary: "There's a sudden spike in murders in Philadelphia, but no one seems to mind much, because the victims are street thugs and lowlifes. But as Homicide sergeant Matt Payne starts looking under the right rocks, he gets a feeling there's more going on than just bad guys burning one another..." -- inside front cover.
Tags from this library: No tags from this library for this title. Log in to add tags.
Fiction notes: Click to open in new window

There's a sudden spike in murders in Philadelphia, but no one seems to mind much because the victims all seem to be lowlifes. The more Homicide Sergeant Matthew Payne investigates, however, the more he gets a bad feeling-one that only gets worse when vigilante groups spring up claiming credit for some of the hits, even though Payne knows it can't be true. As the targets get bigger and events start moving out of control, Payne realizes that if he and his colleagues can't figure out who's behind this very soon, the violence could overtake them all.

Filled with authentic color and detail, this is a riveting novel of the men and women who put their lives on the line-storytelling at its absolute best.

"There's a sudden spike in murders in Philadelphia, but no one seems to mind much, because the victims are street thugs and lowlifes. But as Homicide sergeant Matt Payne starts looking under the right rocks, he gets a feeling there's more going on than just bad guys burning one another..." -- inside front cover.

Legendary Philadelphia Homicide sergeant Matt Payne returns in this tenth "Badge of Honor" title, following The Traffickers (2009). Unfortunately, this effort pales in comparison to nearly every book that Griffin (www.webgriffin.com) and his son, Butterworth, have previously cowritten. The rich character development for which Griffin is known is here replaced with trite phrases and inner monologs on the problems of society and love. What could have been an outstanding police procedural by a great writer simply seems phoned in. Even Audie Award winner Scott Brick (see Behind the Mike, LJ 10/15/09), despite his best efforts and mastery of accents, can't salvage this novel. Recommended only for die-hard fans, who will be left hoping for a return to the usual excellence they've come to expect. [The Putnam hc was a New York Times and Publishers Weekly best seller; see Prepub Exploded, BookSmack! 1/7/10.-Ed.]-Scott R. DiMarco, Mansfield Univ. of Pennsylvania Lib. (c) Copyright 2010. Library Journals LLC, a wholly owned subsidiary of Media Source, Inc. No redistribution permitted.

Griffin's plodding 10th police thriller in his Badge of Honor series (after The Traffickers), co-authored with son Butterworth, adds little that's either new or exciting to a shopworn plot. Despite debilitating chemotherapy for prostate cancer, Will Curtis decides to take justice into his own hands and kill John "JC" Nguyen, the slimy drug dealer who slipped his 24-year-old daughter, Wendy, a "roofy," then raped her. While he's at it, Will also whacks shyster lawyer Daniel Gartner, who got JC acquitted on a technicality at JC's trial. Will's good at his work, so he decides to kill every other sexual criminal he can locate running loose on the streets of Philadelphia. Sgt. Matt Payne tries to figure out who's behind this murder spree while pursuing his ongoing love affair with Dr. Amanda Law, the damsel in distress he rescued in The Traffickers. Unfunny interior dialogue and other suspense-impeding devices slow the predictable action to the point that only series fans will find much to enjoy. (Aug.) (c) Copyright PWxyz, LLC. All rights reserved
More book reviews at iDreamBooks.com