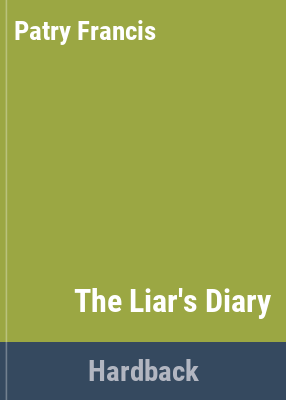 A seductive psychological thriller about a woman facing the dark truths at the heart of her family
Jeanne Cross's contented suburban life gets a jolt of energy from the arrival of Ali Mather, the stunning new music teacher at the local high school. With a magnetic personality and looks to match, Ali draws attention from all quarters, including Jeanne's husband and son. Nonetheless, Jeanne and Ali develop a deep friendship based on their mutual vulnerabilities and long-held secrets that Ali has been recording in her diary. The diary also holds a key to something darker: Ali's suspicion that someone has been entering her house when she is not at home. Soon their friendship will be shattered by violence--and Jeanne will find herself facing impossible choices in order to protect the people she loves.

The unlikely friendship between Jeanne Cross and Ali Mather should be at the heart of this debut novel, but instead its crux is the impending doom that haunts the story, which demands a second reading. Jeanne, unfulfilled and unhappy, seems compelled to befriend vibrant and mysterious Ali, a newcomer in town. Gavin, Jeanne's husband, is a controlling, manipulative sort who strongly opposes Jeanne's new friendship. Repressed Jeanne narrates her eerie tale, confessing frustrations regarding her discontent, which include worries about her teenage son that prove all too valid by story's end. Driving this narrative is Jeanne's attraction to Ali, something of a conundrum. While Francis shares no hard and fast answers, she leaves clues hinting at why Jeanne is so fascinated with Ali and why the troubled relationship with Ali has developed. In the end, Ali becomes involved in one sordid situation too many, causing Jeanne to question their emotional needs. Kudos to Francis for this chilling study of a deeply disturbed, dysfunctional family, its crimes, and its fate. For larger libraries. [See Prepub Alert, LJ 10/1/06.]-Andrea Tarr, Corona P.L., CA (c) Copyright 2010. Library Journals LLC, a wholly owned subsidiary of Media Source, Inc. No redistribution permitted.

A case study in the explosive effects of extreme denial, Francis's debut relies completely on its very unreliable narrator, with mixed results. When local violinist and composer Ali Mather, a very sexy 46, comes to teach music at the Bridgeway high school where narrator Jeanne Cross, a very plain 37, is the secretary, teachers and students alike are abuzz. Ali is separated from her mild husband George, and is soon sleeping with the 31-year-old shop teacher, Brian Shagaury (and also with car dealer Jack Butterfield). Jeanne is married to a buff orthopedic surgeon, Gavin, with whom she has an overweight, dyslexic 16-year-old son, Jamie, who attends the school. An unlikely friendship develops between the seemingly steady Jeanne and acting-out Ali, and Jeanne's purposefully flat narration is effective in doling out disorienting incongruities (as in the offhanded way Jeanne develops a serious pill habit). Ali's provocative lifestyle eventually intersects directly with Jeanne's home life. When tragedy strikes, Jeanne's Stepford routine holds for a while, then becomes a giveaway. (Feb.) (c) Copyright PWxyz, LLC. All rights reserved

When free-spirited Ali Mather takes a job as a music teacher at the high school, the entire building is abuzz with talk of her unconventional love life. She's married to a loyal and patient man but carrying on not-so-secret love affairs with a used-car salesman and a fellow teacher. Hyperefficient school secretary Jeanne Cross, married to Gavin, a prominent surgeon, is both fascinated and repulsed by Ali's unapologetic attitude. Although Jeanne has been unhappily married for years to a controlling man who is overly critical of their son, she has trouble admitting that her family is not as perfect as it may appear to outsiders. Then Jeanne finds with Ali the close friendship she has always longed for. But Ali's insights into the dark side of the Cross family, including Gavin's sexual proclivities, cause Jeanne to retreat further into herself, putting both her son and Ali in danger. Although her plot suffers from too many over-the-top twists and turns, first-novelist Francis does create a disturbing portrait of a hollow family done in by secrets and lies. --Joanne Wilkinson Copyright 2006 Booklist

The unlikely friendship between a small-town school secretary and a flamboyant teacher proves deadly in this psychological murder mystery. Jeanne narrates the story of the ill-fated friendship. She is repressed, frustrated and generally miserable in her marriage to Gavin, a controlling orthopedic surgeon. To offset Gavin, Jeanne overindulges Jamie, her 16-year-old son who is seriously overweight and has learning problems. Ali, a musician recently separated from her adoring lawyer husband, is already the focus of gossip about her wayward love life when she begins teaching at the school. Jeanne begins giving Ali rides to work. Despite disapproving of the way Ali is carrying on several love affairs, Jeanne finds herself drawn in by Ali's zest and charm. In return, Ali calls Jeanne her conscience. Then Ali finds evidence that she is being stalked. After sheets of music are defaced, Jeanne recognizes that Jamie may be the culprit. But Gavin refuses to discuss the problem, and when she confronts Jamie, he explains away his behavior as a childish prank. Under the stress of her suspicions, Jeanne starts popping pills, which Gavin happily prescribes. As both Gavin and Jamie spend more and more time away, Jeanne worries not only that Jamie is a stalker but that Gavin and Ali are having an affair. The truth proves much worse, for characters and readers both, as debut novelist Francis falls back on the tired shock value of sexual abuse (not to mention an obvious red herring) to drive her plot. Jeanne discovers Gavin is actually having sex with a male cello player. She leaves town to sort things out despite Jamie's plea that she not leave him alone with his father. While she's away, Ali turns up dead and Jamie is arrested for murder. Francis gives her characters, even the monster Gavin, some dimension, and the mother-son relationship is genuinely creepy. Psychologically interesting, but weakened by melodrama. Copyright ©Kirkus Reviews, used with permission.
More book reviews at iDreamBooks.com