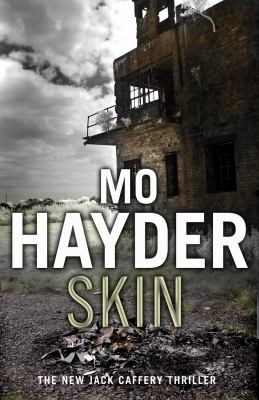 When the decomposed body of a young woman is found near railway tracks one morning, all indications lead to suicide. That's how the police want it too; all neatly squared and tidied away. But DI Jack Caffery is not so sure. He's on the trail of someone predatory, someone who hides in the shadows and can slip into houses unseen.

Where Bristol police force see a string of individual self-inflicted deaths, maverick DI Jack Caffery sees something much darker, a savvy predator who knows how to stage a believable suicide. Caffery investigates even though his boss would prefer he spend time searching for a high-profile missing person. Police diver Flea Marley is recovering from the loss of her parents when another personal disaster hits close to home. Jack and Flea are tough yet appealing characters, and Hayder (Ritual) knows how to maintain suspense. Reader Andrew Wincott brings skill and verve to a variety of British dialects. Verdict Highly recommended.-Kristen L. Smith, Loras Coll. Lib., Dubuque, IA (c) Copyright 2014. Library Journals LLC, a wholly owned subsidiary of Media Source, Inc. No redistribution permitted.

Det. Insp. Jack Caffery of Bristol's Major Crime Investigation Unit looks into the case of Misty Kitson, a footballer's wife who vanished from rehab, in Hayder's chilling thriller, which picks up a few days after the grisly climax of 2008's Ritual. Caffery is distracted by the apparent suicide of a young man who he's convinced shows signs of mutilation similar to the victims of muti, the African black magic that figured in the previous book. Meanwhile, Sgt. Phoebe "Flea" Marley, a police diver, is busy exploring a series of flooded quarries in search of a missing woman, but her mind is elsewhere, too: the discovery that her brother, Thom, plays a vital role in Misty's much publicized disappearance. After two more alleged suicides, Caffery isn't sure if he's imagining a connection to muti, or if the answer is closer to home but no less deadly. Hayder captures the claustrophobia of Flea's dives in unsettling detail and continues to build on her two damaged heroes. (Jan.) (c) Copyright PWxyz, LLC. All rights reserved

*Starred Review* Tired of all those lame vampire and goth horror books? Ready for something really scary? This is it. Easily today's best writer of visceral and elemental horror, Hayder handles her genre specialty in a way guaranteed to creep out even the strongest of heart. No Lovecraftian excesses here. Hayder writes about monsters that could be real, yanked from some dank recess of the id. This combo of police procedural and African mythology continues the story from her earlier novel Ritual (2008) and marks the fourth appearance of Detective Inspector Jack Caffery and forensic diver Flea Marley. The enigmatic monster dubbed the Tokoloshe is also back and intertwined into a murder mystery that may, or may not, involve the supernatural. What it definitely does involve is someone or something that likes skin especially when it's separated from its original owner. Thus far, Hayder has been too edgy to achieve widespread recognition, but this just could be the book that launches her beyond cult favorite to mainstream star.--Swanson, Elliott Copyright 2010 Booklist

Violated corpses and many other nasty things keep surfacing at smartly timed intervals in this high-octane thriller from Hayder (Ritual, 2008, etc.) The popular British author reteams serial characters Jack Caffery, a Major Crimes Unit detective burdened with a personal history of loss that would turn the stomach of Hannibal Lecter, and police diver Phoebe "Flea" Marley, herself bedeviled by the known and suspected misdeeds of her wretched black-sheep brother. In the countryside around Bristol and nearby flood plains, a grisly series of suicides and/or murders exfoliates from two puzzling cases: the disappearance of a famous footballer's cocaine-addicted wife; and the killings, accompanied by horrific mutilations, apparently connected to a sinister Tanzanian immigrant and African black magic that makes unspeakable use of human tissue. Hayder's skillful juxtapositions keep the plots at full boil as they gradually intersect and separate again, and the narrative texture is enriched by vivid cameo appearances (a tough-talking female pathologist makes an especially lively one). Old friends and enemies from earlier books also drop in, notably the Walking Man, vengeful father of a murder victim, who contributes this cryptic advice to Caffery: "If you stop looking for death, death will stop sending its handmaidens to find you." A plethora of forensic detailHayder's grasp of which rivals P.D. James'and a more-than-fair amount of contrivance make the narrative stutter and stall awkwardly at times. But the author knows her business and her readership, and Skin stretches itself out quite cleverly enough to provide several hours' worth of agreeably lurid entertainment. Hayder has created conscientious and valiant figures in Marley and Caffery, whose disturbing human failings have the paradoxical effect of making readers trust and root for them. Nice work once again from one of the most dependable pros in the murder business. Copyright Kirkus Reviews, used with permission.
More book reviews at iDreamBooks.com