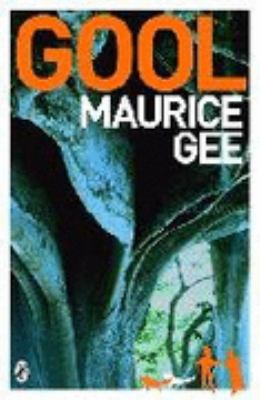 Xantee and Lo embark on a quest through jungles, mountains, and ruined cities to defeat the evil gool. Set in a post-apocalyptic world of monsters and tyranny. Suggested level: intermediate, secondary.

Xantee and Lo embark on a quest through jungles, mountains, and ruined cities to defeat the evil gool. Set in a post-apocalyptic world of monsters and tyranny. Suggested level: intermediate, secondary.

Gr 7 Up-Gee begins the action immediately with Hari, the hero of Salt (Orca, 2009), being attacked by a creature from beyond this world. While he and the children with him escape, a part of the thing remains attached to his throat, slowly killing him despite everyone's efforts to remove it. Xantee and Lo, Hari's children, learn that this thing is a "gool" and that only if its mother is killed will the rest of it die. The only clue to annihilating it is an ancient story that told of a red star and a white star that must be destroyed first. Xantee, Lo, and Duro travel to the city that once was Belong in order to search for a book that might give the story in full and thus tell them what they must do. To get there, they rely on the help of "the people with no name" who dwell, unseen, in the jungles and on the Dog King, Hari's father. While Gool is nominally the second book in the trilogy and includes many characters from that story, it stands on its own nicely. Gee has done a terrific job of describing his world, giving life to his heroines and heroes while making their foes truly frightening. This is fine speculative fiction, accessible to readers of horror, fantasy, or science fiction and worth a look by anyone who enjoys adventure that doesn't trod the usual paths.-Eric Norton, McMillan Memorial Library, Wisconsin Rapids, WI (c) Copyright 2010. Library Journals LLC, a wholly owned subsidiary of Media Source, Inc. No redistribution permitted.

In this second volume the children of Hari and Pearl, heroes of Salt (rev. 1/10), are called upon to eradicate poisonous, jellyfish-like creatures called gools from the land. Hari and Pearl's daughter Xantee and her friend Duro travel overland to the dystopic City, a place of decaying ruins that breeds hatred and brutality, to find the origin and life source of all gools. Making contact with Tarl and Danatok from the earlier volume, they manage at last to interpret a legend that helps them find a way to defeat the gools, but it takes Xantee's empathetic and peaceable nature to muster the final blow -- pity, rather than aggression. Gee's quick, forceful prose retains all its drive in this installment, which reads almost as an extended poem of action and dialogue; the silent speech natural to the characters makes for a fast, back-and-forth bounce that further heightens momentum. Gee's imagery is pungent and vivid, whether describing ropelike tentacles that "run out like hungry stoats" or a stench "like a dead whale on a beach." The moral of the story is rather obvious, if admirable; but Gee's imagined land and the sturdy independence of his characters are fresh and engaging. deirdre f. baker (c) Copyright 2010. The Horn Book, Inc., a wholly owned subsidiary of Media Source, Inc. No redistribution permitted.

A generation after the events of Salt (2009), Hari and Pearl have raised their children (both biological and adopted) in freedom far from the nightmarish city of their own birth. Xantee, Pearl and Hari's oldest child, is the strongest mind-to-mind speaker of them all. Xantee needs all her strength when Hari is mortally wounded fighting an unnatural monster in the jungle. The beasta gool, in the language of the mysterious "people with no name"holds Hari at the brink of death. While Pearl keeps him barely alive, Xantee and her siblings begin a dangerous quest to the city of Hari's birth, in search of clues to the gools' weakness. Their journey takes them through injury, violence and death as these young people from an idyllic rural childhood must confront the wretched hatred of the city. Xantee's developing romance carries little emotional resonance, and most of the secondary characters lack depth. Nonetheless, the unexpected twists of this original fantasy adventure keep the pages turning. The fascinating buildup leads to a thrilling climax, followed by a bizarrely flat conclusionperhaps preparing readers for the next volume. (Fantasy. 13-15)]] Copyright Kirkus Reviews, used with permission.
More book reviews at iDreamBooks.com