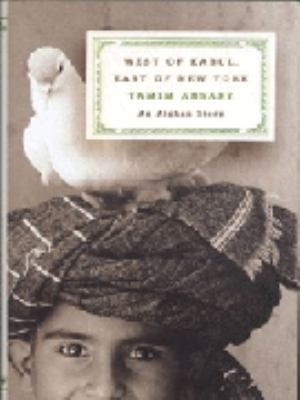 West of Kabul, east of New York : an Afghan story

Some books are timely by accident, some through a prescience that conveys mystique upon their authors; either makes a writer's reputation. This book is a consequence of specific events last September, intended and only understandable within that recent, collective, and perhaps forever unfixable knowledge. Stripped of that context, this would be an insightful but somewhat plodding autobiography. Ansary, who was raised in pre-Russian-client Afghanistan, the son of an exemplar of that nation's civil elite and of an American his father met while studying abroad, moved to the United States in time to live out college and urban cool in the Sixties and Seventies. But this Afghan American, writing in response to one awful day and in fact extending to book-length some of the notions he posited in a widely read e-mail on September 12, 2001, tells truths about dislocation, heritage, home, family, and religion that both affirm life and profoundly sadden. Ansary's account of how his brother chose to stay "east of New York," of his travels through Muslim communities at the time of the Iranian hostage crisis, and of his personal collision with conspiracy theory are particularly unsettling and worth any reader's time. Recommended for high school, public, and academic libraries of all stripes. Scott H. Silverman, Bryn Mawr Coll. Lib., PA (c) Copyright 2010. Library Journals LLC, a wholly owned subsidiary of Media Source, Inc. No redistribution permitted.

Any carping about this being an instant book should be quelled when readers actually encounter Ansary's considered prose prose he himself contrasts to the e-mailed commentary he fired off on September 12 that found its way to millions of readers around the world (including FSG editorial). The e-mail, printed here in an appendix, included such comments as "When you think `Taliban,' think `Nazis.' When you think `Bin Laden,' think `Hitler.' And when you think `the people of Afghanistan,' think `the Jews in the concentration camps.' " Ansary, the son of a Pashtun Afghan father and Finnish-American mother, lived as a Muslim outside of Kabul until the early '60s, when he left on scholarship to attend an American high school, eventually going on to college and becoming an educational writer ("if you have children, they have probably read or used some product I have edited or written") with a family of his own in San Francisco. This book chronicles, with calm insight and honesty, Ansary's feelings at all points: his childhood spent within his "clan" ("our group self was just as real as our individual selves, perhaps more so"), a narrative of his often fascinating 1980 trip ("Looking for Islam") throughout the Muslim world that makes up the bulk of the book, and dissections of the differing paths taken by his sister, brother and himself. While Ansary's political insights can be detached or perhaps purposefully aloof his descriptions of having lived in and identified alternately with the West and the Islamic world are utterly compelling. (Apr.) Forecast: Ansary made the rounds of talk shows after September 11 and should be in for another stint upon publication. Look for a bestselling run that will be partially correlated, unfortunately, with the level of fighting in Afghanistan. (c) Copyright PWxyz, LLC. All rights reserved

Adult/High School-This powerful, illuminating three-part memoir is a fast and enjoyable read, richly embedded with stimulating insights. In a friendly and often humorous style, Ansary charms readers with colorful stories of his life in Afghanistan and America, and shows what it is like to belong to two very different cultures. His mother (a feminist, atheist, and teacher) was Finnish-American and his father was an Afghan from a distinguished and talented family engaged in the country's first attempt at modernization. In "The Lost World," the author shares amusing and touching memories of a 1950s' boyhood in an Afghan extended family, or "clan." After moving to America as a teenager and then completing college, he became a dedicated participant in the counterculture of the '60s and '70s, and rarely looked back. In "Looking for Islam," Ansary describes a frustrating, harrowing, and often ludicrous trip through North Africa and Turkey in the late '70s where he met Muslim extremists; he casts much-needed light on the "weird" and "scary" internal logic of their belief system. In counterpoint to the inhumanity of fanaticism, he tells a sweet love story: how he found, fell in love with, and married a Jewish woman. In "Forgetting Afghanistan," Ansary shares with readers how he renegotiated his family relationships and found his balance as an adult-he remains somewhere between cultures but determines his own course. Teens should be fascinated by this unusual life story, learn much from it, and identify strongly with the author's identity quest.-Christine C. Menefee, Fairfax County Public Library, VA (c) Copyright 2010. Library Journals LLC, a wholly owned subsidiary of Media Source, Inc. No redistribution permitted.

People sought solace and understanding online after the terrorist attacks of September 11, sending original e-mails and forwarding others, including, unbeknownst to the Afghan American who wrote it, an electrifying letter that made the crucial distinction between the Afghan people and the Taliban. So vivifying and unique was Ansary's missive, it quickly assumed the form of a global electronic chain letter, pushing this San Francisco-based children's book author and columnist for Encartainto the spotlight, where he appeared with the likes of Bill Moyers and Oprah. Now, writing once again with astonishing rapidity, clarity, and discernment, Ansary uses his compelling life story as a conduit for exactly the sort of insights into Afghanistan and the roots of Islamic terrorist groups that readers crave. As the son of an Afghan father and an American mother (the only American woman in Kabul when she arrived in 1945), Ansary embodies the East, the West, and the struggle between them. Born in 1948, he lived in Afghanistan until he was 16, and his radiant memories of that "lost world," a fluid and timeless realm of family (as in clan) and stories ("Instead of television, we had genealogy."), are redolent with a nurturing form of Islam, the opposite of extreme fundamentalist ideology. As Ansary conjures his boyhood, describes his student years in the U.S., chronicles his harrowing yet revelatory journey through various Islamic countries in 1980, and relives his painful break with his Islamic fundamentalist brother, he seeks to fathom and honor both facets of his bicultural heritage. Gracefully written and very powerful, Ansary's meditative memoir reaches deeper and illuminates more brightly than any news report or political analysis. Donna Seaman.

An instructive memoir by an Afghan-American thrust into the news after September 11, 2001. On September 12, responding to talk-show callers who urged that Afghanistan be nuked or otherwise pounded into submission, Microsoft Encarta columnist Ansary wrote an impassioned E-mail defending his native country. "Bombing Afghanistan back to the Stone Age would be redundant," he wrote. "Twenty-three years of war had taken care of that already. The horrific crime in New York was not committed by the Afghan people, but by nationless thugs who had moved into ruined Afghanistan like rats into rubble." Widely circulated, the E-mail brought Ansary to international attention, affording him both the celebrity and the occasion for this memoir. Born in Kabul in 1948 into an influential family, Ansary lived in two worlds from the start by virtue of having an American mother. When his family was forced to leave Afghanistan at the outbreak of the long civil war, Ansary relocated to the US, grew his hair to his waist, listened to rock 'n' roll, and became an American-but always with a backward glance at his homeland, which clearly could have used his talents and level-headedness. He had an opportunity to revisit his native culture when reporting on militant Islam for the Pacific News Service, which, he writes, required that he put a Marxist, materialist slant on what he considers to be the "spiritual and not material hunger" of the young adherents to fundamentalist theology. Much of this slender book is given to recounting Ansary's travels through North Africa and the Middle East, where he hears many variations, some of them quite twisted, on the themes of Jewish evil, American perfidy, and Islamic superiority. This reportage is highly useful for anyone seeking to understand the Muslim world's hatred for the West, and it adds much to an already thoughtful consideration. Lucid, often surprisingly funny: a very welcome contribution to our understanding of this tragic nation.
More book reviews at iDreamBooks.com