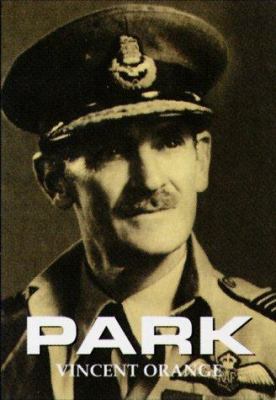 'If ever any one man won the Battle of Britain, he did. I don't believe it is realized how much that one man, with his leadership, his calm judgment and his skill, did to save not only this country, but the world.' So wrote Marshal of the RAF Lord Tedder in 1947. As commander of No. 11 Group, Fighter Command and responsible for the air defense of London and South-East England, Keith Park took charge of the day-to-day direction of the battle. In spotlighting his thoughts and actions during the crisis, Vincent Orange reveals a man whose unfailing energy, courage and cool resourcefulness won not only supreme praise from Churchill but the lasting respect and admiration of all who served under him. However, few officers in any of the services packed more action into their lives, and this book covers the whole of his career - youth in New Zealand, success as an ace fighter pilot in World War I, postings to South America and Egypt, Battle of Britain, Command of the RAF in Malta 1942/43, and finally Allied Air Commander-in-Chief of SE Asia under Mountbatten in 1945. His contribution to victory and peace was immense and this biography does much to shed light on the Big Wing controversy of 1940 and give insight into the war in Burma, 1945, and how the huge problems remaining after the war's sudden end were dealt with. Drawn largely from unpublished sources and interviews with people who knew Park, and illustrated with maps and photographs, this is an authoritative biography of one of the world's greatest unsung heroes.Professor Vincent Orange was born in the UK, gained a PhD at Hull University, and now lives in New Zealand lecturing in History at the University of Canterbury in Christchurch. He enjoyed the privilege of unrestricted access to Park's papers while writing this book. Park was originally published in hardback by Methuen in 1984. This is the first paperback edition.