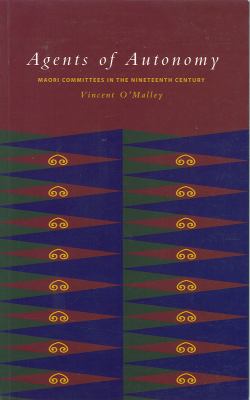 Agents of Autonomy examines the way that Maori reorganised and responded to the Crown's determined drive to secure Maori lands. O'Malley's history discusses in detail the succession of Maori organisations, or 'Native Committees', that formed throughout the nineteenth century and came very close to regaining control of their affairs and their resources. "An important study of the political struggle of Maori to control their own world throughout the later nineteenth century.... It should convince doubters that Maori leaders themselves devoted herculean energies in efforts to lead their people and sustain their mana, demonstrating along the way sophisticated political skills." - Angela Ballara, New Zealand Books