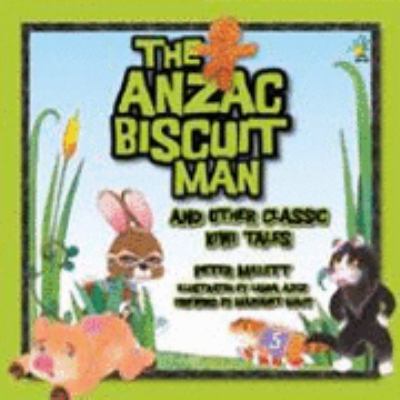 Once upon a time on a hilly farm in Bluff, there lived three hungry Woolly Coats called Fluff. There was a little Woolly Coat Fluff, a middle-sized Woolly Coat Fluff, and a big Woolly Coat Fluff. The three hungry Fluffsters were very unhappy campers because their paddock had run out of grass. It was balder and drier than a dusty old cricket pitch...Peter Millet takes some classic tales and gives them a kiwi spin. While writing these stories Peter continually tested them on classrooms of 7-year-olds who thought all the New Zealand references very cool

The three woolly coats Fluff -- The hare and the tuatara -- Pigs in sheds -- The little blue swamp hen -- The anzac biscuit man -- The dodgy duckling.