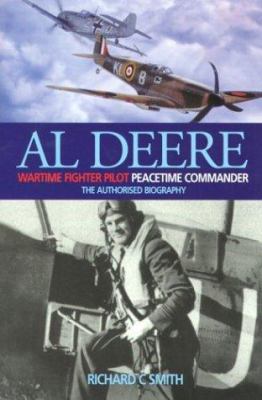 After having joined the RAF in 1937, New Zealander Al Deere was in the thick of action right from the start of the war, serving with great distinction over France and Dunkirk in May and June of 1940 against the dreaded Messerschmitts. After surviving a crash-landing during a head-on attack he helped defend London and the south-east during the Battle of Britain effecting numerous escapes in tight combat situations.<br> <br> He went on, variously, to command a flight in 602 Squadron, to lecture in America, to command RAF Kenley, Biggin Hill and then to lead the 145 French Wing in France before becoming Wing Commander, Plans with 84 Group. Post-war saw him take up many more significant postings including commander of North Weald, and Aide de Camp to HM the Queen. If it could be said that he 'had a good war', he enjoyed an even better peace.<br> <br> Richard Smith has had the full co-operation of family, friends and colleagues in researching the source material to write the biography of this fascinating and exceptional man. The book also includes many of Deere's letters and papers on the tactics and strategy of combat, and his hitherto unpublished story entitled 'Escape'.<br> <br> With a 20-page section of photographs, and appendices and original documentary material, every enthusiast of military aviation will welcome this addition to their library.<br> <br> Richard C Smith's previous works include the highly rated Hornchurch Scramble and Hornchurch Eagles.