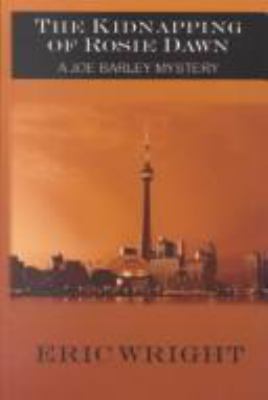 Even before she vanished from the Toronto apartment in which some sugar daddy set her up under the nameplate BLUNCH, the exotic dancer/kept woman who called herself Rosie Dawn seems to have been living a pretty marginal existence, since the empty apartment shows no more signs of habitation than the average hotel room, and Rosies cleaning woman Helena says that Rosie never even answered her telephone. Now that Rosie has disappeared, Helena wants Joe Barley, another one of her clients, to go find her. Its a good match, since Joe, a part-time college English instructor who moonlights doing surveillance chores for a local shamus, is scarcely less marginal than Rosie. Joes stock-in-trade is the brightly false cover stories he spins for the people hes trying to get information out of, and his skill in allowing all those folks to give themselves away, and his sense of humor about his obvious limitations. Soon after Joe adroitly unmasks BLUNCH as caterer Ernie Hyde, hes on Hydes payroll, and soon after that, he realizes (probably behind most readers) that Rosies abduction isnt quite what it seems. Luckily, the mystery is supplemented by two equally engaging subplots: a racial-harassment suit against Joes officemate Richard, and the mysterious habit Joes live-in Carol has developed of alternating unasked-for sexual experimentation with opaque gazes into his eyes. Waggish comedy is the keynote as this inaugural entry in Wrights fourth series (Death on the Rocks, 1999, etc.) ambles agreeably toward its long-winded conclusion.
More book reviews at iDreamBooks.com