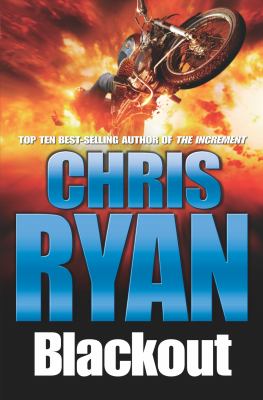 Josh Harding is a tough SAS soldier on secondment to the MI6's anti-terrorism unit. In the wake of the mysterious 'Three Cities' attacks, he finds himself on the way to the USA, on the trail of a pair of intrepid young hacjkers who could be killed for the secrets they have uncovered.

Blackout - three cities all loose power. No-one claims responsibility. Fears of a terrorist strike are imminent. Josh Harding is a tough SAS soldier. Yet his disregard for authority has landed him a secondment to MI6's anti-terrorism unit. In the wake of the mysterious 'Three Cities' attacks, Josh finds himself on the way to the USA, on the trail of a pair on intrepid young hackers who are out to try and make themselves a fortune, and who are in grave danger from those who would kill for the secrets they have managed to uncover - how to control the power of the Western world. But soon Josh finds himself waking up in a ditch bloody and wounded, and with no memory of who he is, how he got there, or how he got hurt. Yet one thing is for certain - Josh is in danger. Stranded in the Wild West, Josh must rely on his instincts as a soldier and on the kindness of a beautiful stranger in order to escape those who appear intent on tracking him down and killing him - all for a secret he can't remember. His determination to discover who he is, and what he was doing there leads him into an explosive web of corporate blackmail, deceit and greed - where the stakes are high and where no-one can be trusted.