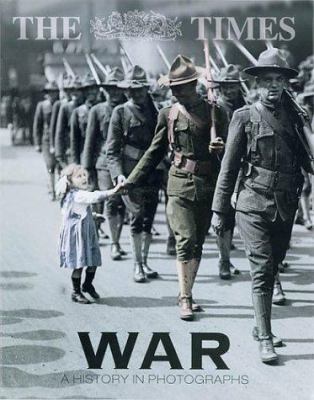 This remarkable volume chronicles a century and a half when the world has rarely been at peaceand when the lenses of photographers have never ceased to capture the fury, ferocity, and barbarity of war. From the Crimea, through the Franco-Prussian War, the Boer War, the First and Second World Wars, Korea, Vietnam, the Falklands, and the Gulf War, to the campaigns in Afghanistan and Iraqall the world's major armed con'icts are portrayed with shocking immediacy. A ground-breaking portrayal of modern warfare, featuring the work of the world's greatest photojournalists, including Margaret Bourke White, Frank Hurley, Edgar Snow, Luigi Barzini, and Robert Capa.

This text is a photographic history of war and soldiers. From the Crimea, through the Franco-Prussian War, the Boer War, World Wars I and II, Korea, Vietnam, the Falklands, Gulf War and the campaign in Afghanistan, all of the world's major conflicts are presented.