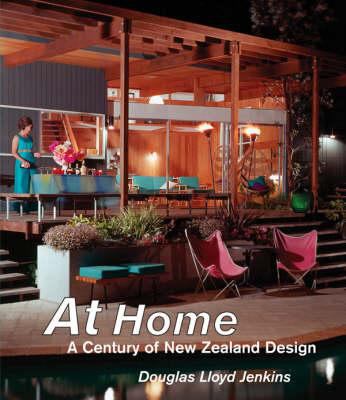 Taking the first decade of the twentieth century as its starting point, At Home joins the story of the New Zealand house just at the point when its inhabitants begin to ask whether a distinctive, uniquely New Zealand house might be possible.

"At Home" is the story of those New Zealanders who put the creation of a contemporary living environment first, not only as an expression of individual creativity but as their contribution to the development of a distinctive New Zealand culture. Taking the first decade of the 20th century as its starting point, "At Home" goes behind the scenes of architectural history to look at the way 20th century New Zealanders lived in environments created for them by architects, designers and craftspeople united in the pursuit of the contemporary New Zealand home.

"'At home' is a design history of architectural culture ... 'At home' is about those key architects, designers and craftspeople that have made significant contributions to New Zealand's cultural development"--Introd. -Includes bibliographical references (p. 312-321) and index.