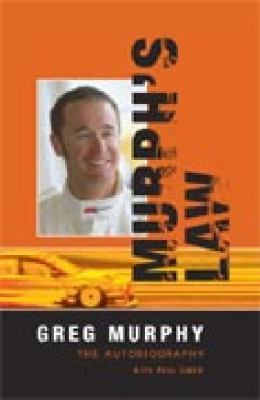 Murph's Law is the third in our series of motorsport books, the autobiography of another great driver, Greg Murphy - a.k.a "Murph". Approachable and quotable outside a racecar, aggressive and determined when at the wheel, Murph has become an iconic driver in the popular V8 Supercar series in Australasia. From the moment he first started racing a V8 Commodore in 1995, he quickly staked a reputation as one of the fiercest competitors in the series. He has amassed an enviable record in the climactic race of the V8 season at Bathurst, with victories in 1996, 1999, and 2003, and has virtually made the Pukekohe round of the series his own. Known for his feisty 'tell it like it is' philosophy, Murph traces the highs and lows of a racing career defined by his complete dedication to the sport.