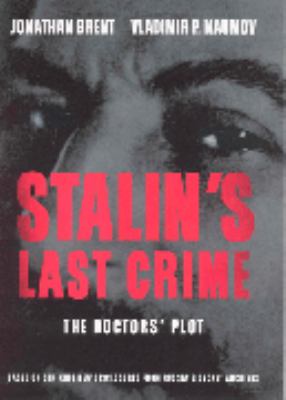 This is the full story behind Stalin's last, most complex and most puzzling conspiracy unravelled for the first time through access to previously unseen secret Soviet documents. On 13th January 1953, a stunned world learned that a vast conspiracy among Jewish doctors to murder Kremlin leaders had been unmasked. Pravda reported that several of the doctors had confessed to the crime. Mass arrests followed. The Doctors' Plot, as this action came to be called, was Stalin's last great criminal conspiracy. In the years since Stalin's death many myths have grown up about the Doctors' Plot, while Stalin's motives have been the object of endless speculation. Did Stalin himself invent the conspiracy against the Jewish doctors or was it engineered by subordinates who wished to eliminate Kremlin rivals? Was Stalin merely motivated by venomous anti-Semitism? How was this plot related to the Cold War? And, finally, was the Doctors' Plot connected with Stalin's fortuitous death?