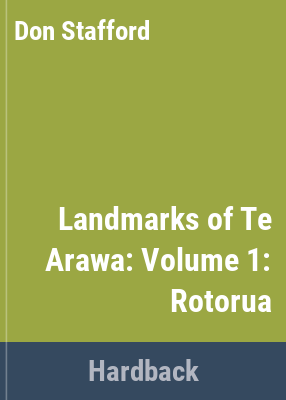 The stories which surround the physical features of the Rotorua area have been handed down by the people of Te Arawa, but have never been written down so comprehensively. This book contains 1,000 entries in alphabetical order (by Maori name) describing the landmarks, cross-referenced to a series of maps which show the location of every site described. Includes a glossary, bibliography and genealogies. Stafford is the author of the only tribal history of the te Arawa.