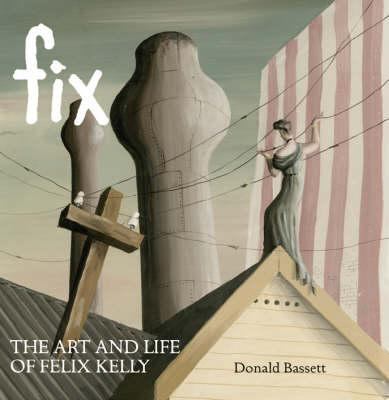 Fix : the art and life of Felix Kelly / Donald Bassett.

The career of Auckland-born artist Felix Kelly, 1914-1994 ('Fix' to his friends), is a fascinating story of artistic and social transformation - one of the most unusual amongst New Zealand's expatriates. From graphic designer to Surrealist and Neo-romantic; from Lilliput cartoonist to stage designer for John Gielgud; from painter of architecture to revamper of Highgrove for the Prince of Wales, Kelly carefully nurtured his new identity. Like so many 20th-century gay men, Felix Kelly had to leave New Zealand to survive; but increasingly unrecognisable 'memories' of his home country continued to appear for over thirty years after his 1935 departure, intersecting with architectural fantasies on British and American themes. Felix Kelly was much more than the society painter he at first glance seems to have been. Donald Bassett teaches art and architectural history at the University of Auckland.

Felix Kelly was born and educated in New Zealand.